The Zimbabwe dollar continued on a downward trajectory after losing further ground against the US dollar at the The Reserve Bank of Zimbabwe (RBZ) foreign currency (forex) auction conducted on Tuesday, 26 October 2021.

In total, US$40.7 million was allotted this week, with the bulk of the allotment going to raw materials followed by machinery and equipment. This is down from the US$47.7 million allotted last week.

1336 bids were received on the Small to Medium enterprises forex auction, with 1282 accepted and 54 disqualified. The total number of bids allotted was 881.

On the main forex auction, a total of 598 bids were received, 568 were accepted while 30 were disqualified. The total number of bids allotted was 402. 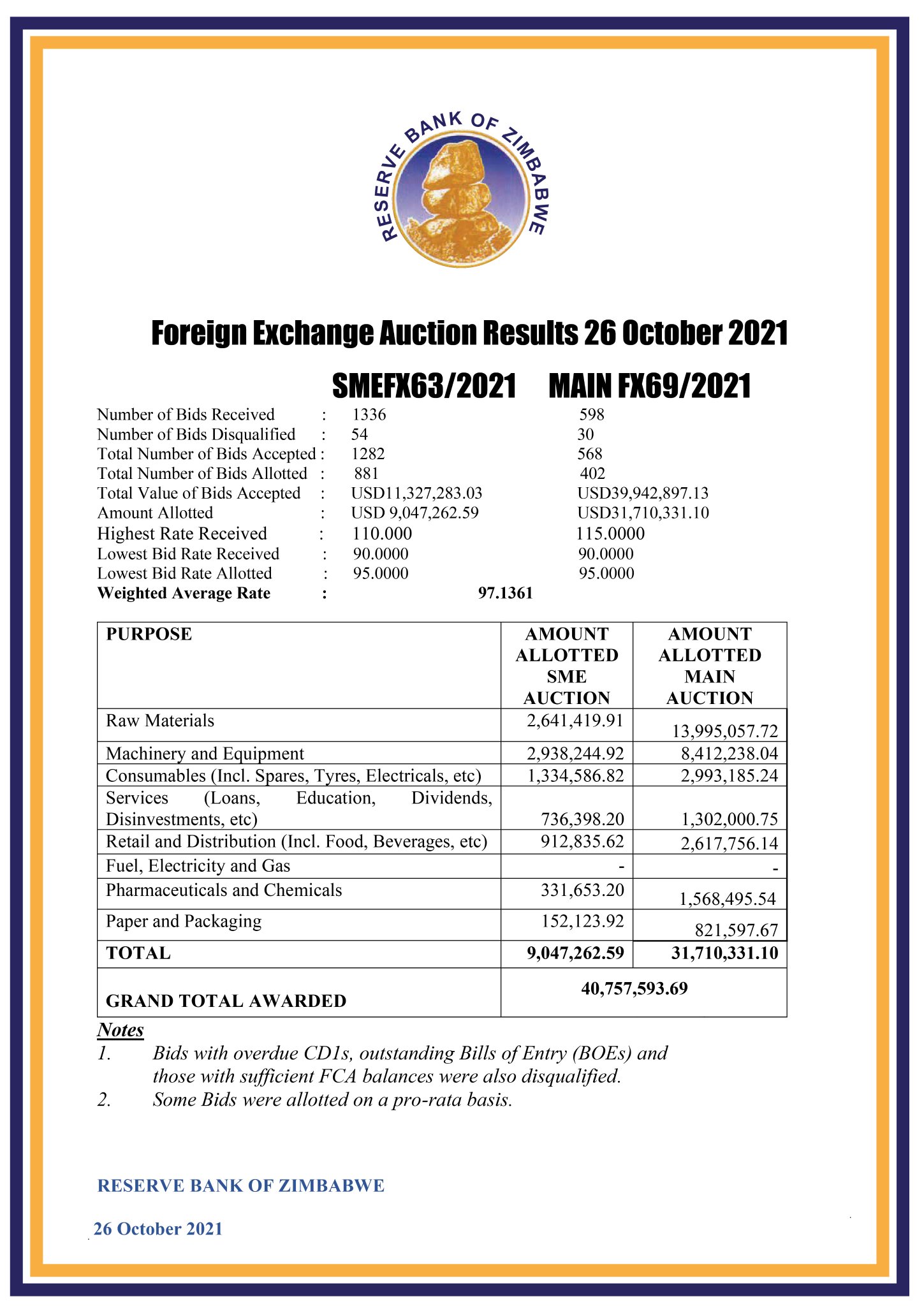 One Comment on “RBZ Forex Auction 26/10/2021: Zimbabwe Dollar In Sharp Decline Against USD”