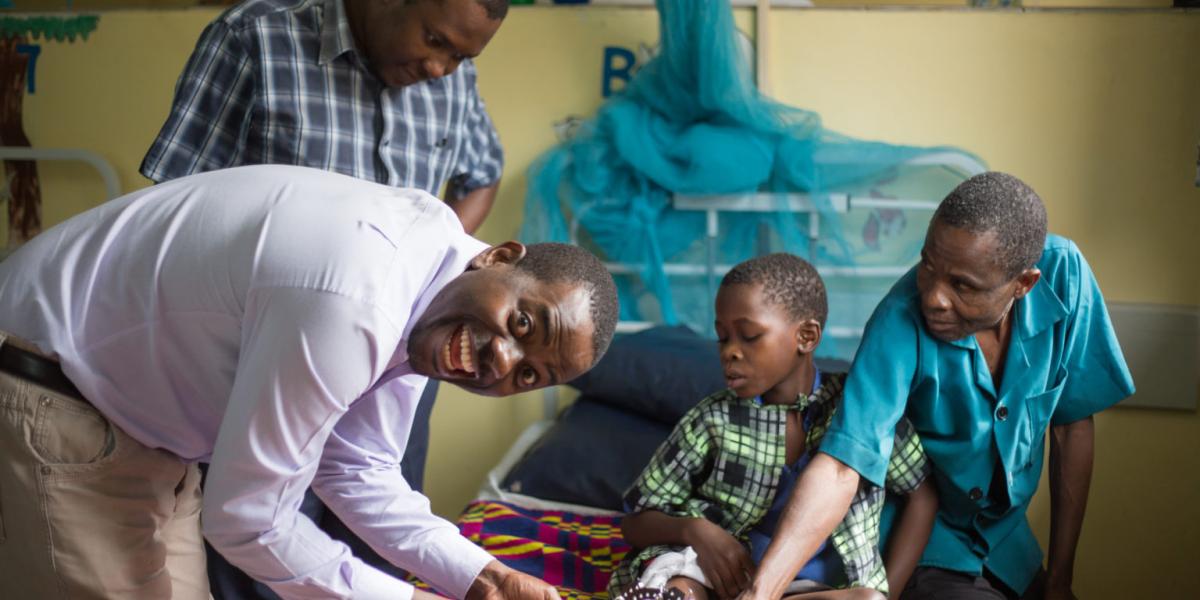 UK-trained Tongai Chitsamatanga has become the first Zimbabwean-born doctor to return to practice pediatric orthopedics in the Sub-Saharan country.

He works at CURE Children’s Hospital of Zimbabwe, the first and only hospital in the country to provide orthopedic care for disabilities such as clubfoot, bowed legs, and knock knees to children regardless of their economic status. The teaching hospital that is located adjacent to United Bulawayo Hospital in Bulawayo was established in April 2021.


It is a personal milestone, as well as a proud professional achievement, for me to be able to return to my beloved Zimbabwe to improve the health of children. Pediatric Orthopedics is my passion. I hope to heal, and maybe even inspire, many children who live in the country where I grew up.

Dr Chitsamatanga grew up in Bulawayo and later moved to Harare for medical school. After an internship, he worked at a mission hospital for six years. It was while he was at the mission hospital that he realized God’s calling was for him to do similar work in the future. He trained in General Orthopedics with the College of Surgeons of East, Central, and Southern Africa (COSECSA), graduating in 2017.

CURE International is honored to make history with the return of Dr. Chitsamatanga to Zimbabwe. Tongai represents a new generation of highly-trained African medical professionals who choose to return to Africa to improve the lives of their countrymen. CURE will continue to invest in the next generation of national surgeons in all countries and regions we serve.

Dr Chitsamatanga undertook a trauma and limb reconstruction fellowship at the University of Oxford NHS in 2019.

He also recently became a Clinical Fellow in Pediatric Orthopedics at the University of Derby and Burton NHS Trust, UK. He first attended a pediatric orthopedics course run at Beit-CURE International Hospital in Malawi (Beit-CURE Malawi) in July 2013.

He later completed a nine-month fellowship at Beit-CURE Malawi hospital in partnership with The College of Surgeons of East, Central, and Southern Africa (COSECSA) Oxford Link (COOL).