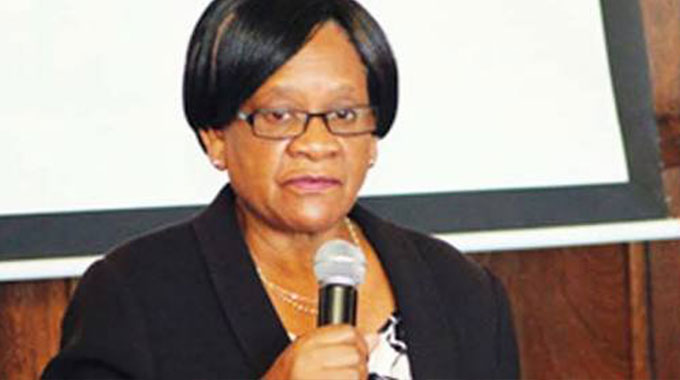 The Government says it will investigate alleged corruption in schools where teachers are cashing in on continuous assessment learning activity (CALA) projects for candidates sitting for Zimbabwe School Examinations Council (ZIMSEC) examinations later this year.

It is alleged that some teachers, instead of supervising pupils on how to execute their CALA projects, were now writing the practical tests for candidates.

She said this in response to Umzingwane MP Levi Mayihlome (ZANU PF), who had raised the matter during the National Assembly’s Question and Answer session on Wednesday. Said Ndlovu:

We are going to investigate the claims on the corruption that is taking place. We want to make sure that we understand the problem.

In terms of the Information Communication Technologies (ICT) issues, we are working with the Ministry of ICT and the Ministry of Energy to make sure that the schools are connected.

It will take us time but we are really pushing as Government to have schools connected so that children get computers and the ICT Ministry is facilitating that.

On the issue of corruption, we are going to investigate that.

Mayihlome claimed that some teachers were charging between R100 and US$10 to write CALA projects for learners largely due to internet access problems. He said:

What we have seen on the ground is that teachers are making rolling business doing the CALA assessment on behalf of school pupils charging R100 in rural areas and US$10 in urban areas because parents and pupils do not have access to the internet and those who have access have no clue on how to go to the internet to do the CALA system.

The assessment was supposed to have been done over a long period, at the shortest, maybe one year and not one semester. One semester is not just on.

Practically, what is happening on the ground is that teachers are making a killing because they bring all the students, 40 of them, charge R100 per student and they do the assignments themselves.

Candidates will be examined on CALA for the first time this year as part of the implementation of the skills-based education curriculum which was adopted in 2016.

CALA performance results are expected to contribute 30 per cent of their final mark in the public examinations.

The Government has reiterated that learners without CALA results will not be allowed to write ZIMSEC examinations that are set to commence at the end of November and will run into 2022.