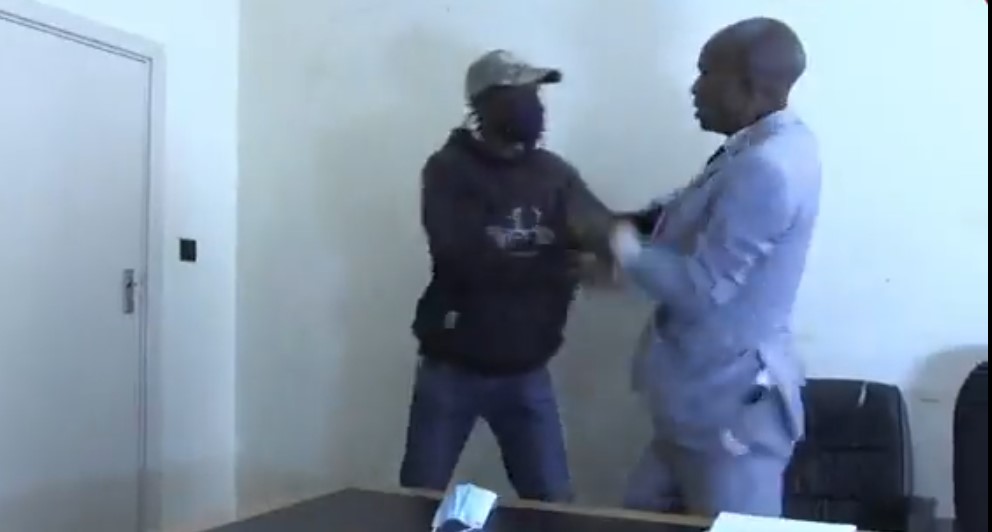 MDC-T founding member Kudzanai Mashumba was on Thursday pushed and shoved by his erstwhile colleagues, among them Yvonne Musarurwa while addressing his press conference.

Mashumba had called for a press conference at the media centre to address what he said were four critical issues that have to be dealt with, among them, MDC-T president Douglas Mwonzora’s alleged abuse of office, violence perpetrated against former acting party president Thokozani Khupe at the extraordinary congress in December last year, and the party’s failure to hold an ordinary congress as per its constitution.

Watch a video on the violent disruption of Mashumba’s press conference: