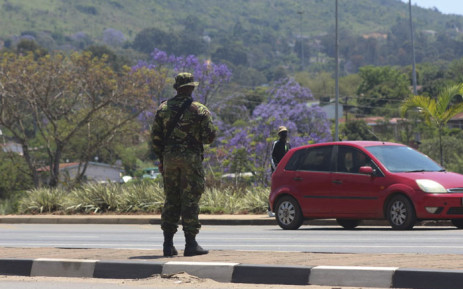 Eswatini security forces used live ammunition to break up a pro-democracy protest by nurses, shooting at least 30 of them, their union said on Thursday.

The protest took place on Wednesday, when the kingdom shut down internet access, making it difficult to gather information from across the country. Internet access remained cut off Thursday.

In a statement, the Swaziland Democratic Nurses Union said the health workers were shot at as they were fleeing. It said:

Nurses and other workers converged at the Coronation Park were met with an unprecedented show of force by the police and the army.

They were brutally dispersed and scattered all over the capital. As they were running, they were shot with live ammunition.

Four people were taken to surgery for gunshot wounds, and a total of 30 of the health workers were treated for their injuries, it added.

The 30 injured were among more than 80 hurt on Wednesday in pro-democracy protests that have flared across the country once known as Swaziland.

The union said security forces kept shooting at nurses into the evening, even as they were travelling for night shifts as hospitals.

It called on its members not to treat any injured soldiers or police, calling the security forces “imbeciles”. The union said:

Clearly, these blood-thirsty imbeciles, brood of vipers are hellbent to kill nurses and the nation in defence of an ailing government.

The latest protests have run for more than two weeks, spearheaded by students, civil servants, and transport workers.

King Mswati III is Africa’s last absolute monarch, who enjoys flaunting his wealth and showering his 15 wives with lavish gifts.

One Comment on “Eswatini Nurses Shot During Protests, 30 Injured”