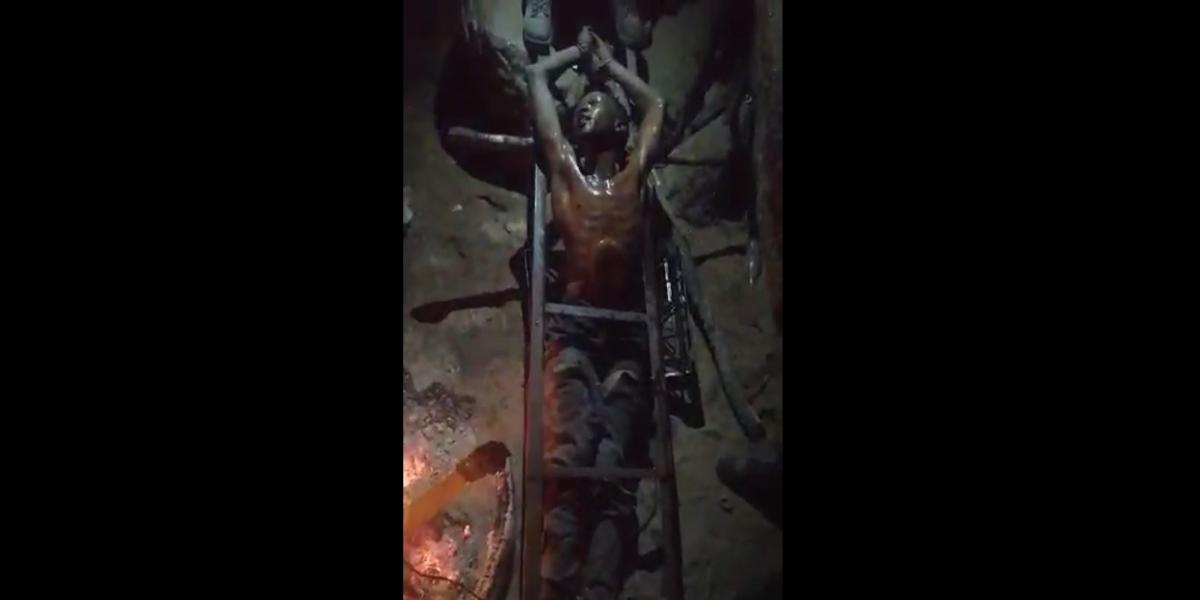 The Zimbabwe Republic Police (ZRP) has appealed to the public seeking information that can lead to the identification of a group of people who were filmed assaulting a man at an unidentified mine. Said police in a statement:

The ZRP is appealing for information that can lead to the identification and arrest of suspects involved in a brutal assault on a man inside a mine beside a raging fire.

As seen in the video which has gone viral on social media, the suspects go on to assault the man with an iron rod infused in fire while in the process asking him to reveal information on property alleged stolen in yet to be verified circumstances.

This is from G’n’P Mine run by Mudha using his nephew Energy Dha Ncube. Such callous things happen & when sanctions are put people complain. They are addicted to gold. I challenge the ZRP to investigate& arrest these people. We must be able to protect the innocent. See video below for more details.

2 comments on “WATCH: Man Assaulted With An Iron Rod Infused In Fire”