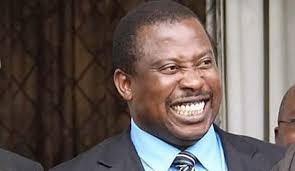 Members of the Zimbabwe Teachers Association (ZIMTA) have called on the union’s leadership to call for nationwide strike action over poor salaries.

In a position paper dated 14 October 2021, addressed to the ZIMTA national leadership, ZIMTA Bulawayo provincial secretary Promise Keti said their patience was wearing thin over false promises by the government to improve their working conditions.

Keti demanded that at least half of teachers’ salaries be paid in United States dollars. He wrote:

For the record, it is a fact that educators are incapacitated due to the current slave salaries being paid by the employer, and have run out of patience with the empty promises we have been getting. Educators can no longer afford a decent professional dress code as expected.

Given the above concerns, we recommend to the national executive that ZIMTA must immediately declare a total withdrawal of labour by all its members until the government has addressed these grievances.

As a condition for the resumption of duty, payment of salaries must be at least 50% US$ and the remainder in RTGS.

ZIMTA chief executive Sifiso Ndlovu on Sunday confirmed to NewsDay receipt of the position paper from the Bulawayo branch but said the union was yet to meet to deliberate on the way forward.