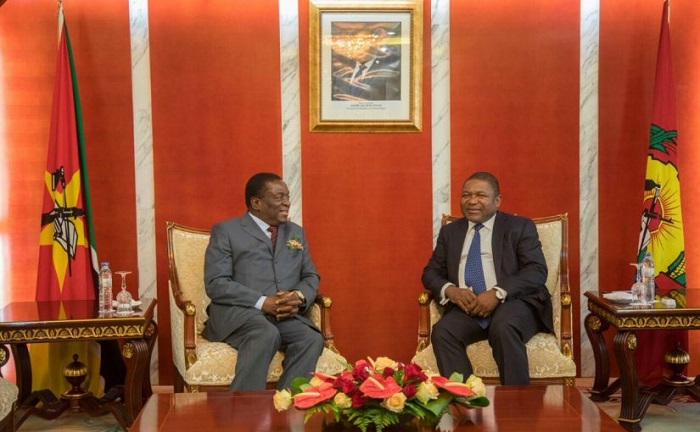 12th SESSION OF THE MOZAMBIQUE/ZIMBABWE JOINT PERMANENT COMMISSION ON DEFENCE AND SECURITY, HELD AT GLORIA HOTEL, MAPUTO, FROM 13-15 OCTOBER 2021

1. The 12th Session of the Mozambique/Zimbabwe Joint Permanent Commission on Defence and Security was held at Gloria Hotel, in Maputo, Republic of Mozambique from 13 to 15th October 2021.

5. The Commission reviewed progress in the implementation of the decisions of the 11th Session of the Zimbabwe/Mozambique Joint Permanent Commission on Defence and Security, held in Harare, Republic of Zimbabwe, from 04 to 08 March 2019. It noted with satisfaction the efforts made in implementing the decisions, in spite of constraints occasioned by the COVID-19 pandemic.

6. The Commission reiterated the need for enhancing cooperation in training, exchange visits, sporting and cultural exchanges, the fight against terrorism and other forms of transnational organised crimes, such as cyber-crime, drug and human trafficking, poaching, smuggling of precious minerals and other commodities, vehicle and stock theft.

7. The Commission underscored the need for the two countries’ Defence and Security sectors to enhance their collaboration in training, border patrol, intelligence sharing, correctional activities, use of technological tools to enhance cooperation and combat crime, and exchange visits, among other bilateral activities.

8. The meeting was conducted in a candid and friendly environment.

9. The Commission condemned in the strongest terms the continued imposition of illegal economic sanctions on Zimbabwe by the West and called for their unconditional lifting.