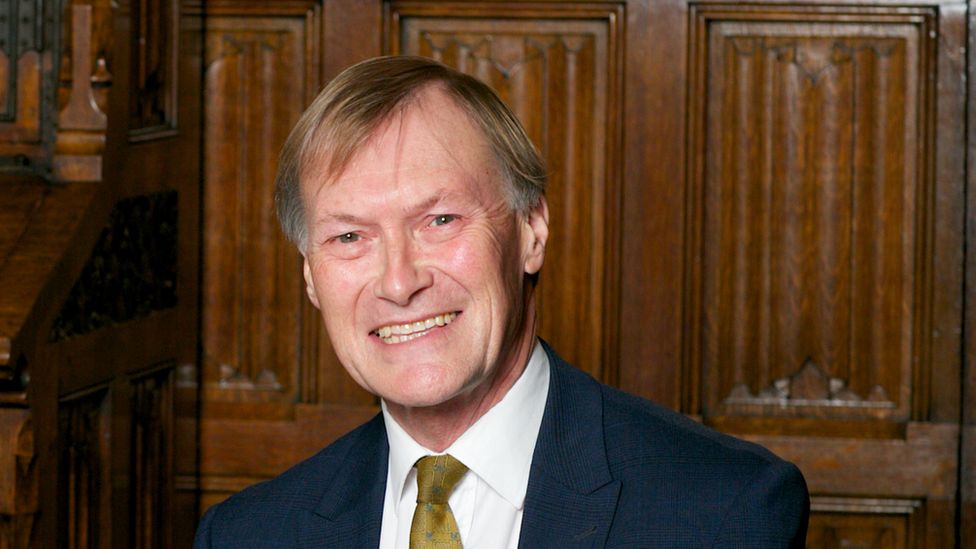 A United Kingdom (UK) legislator for Conservatives, Sir David Amess, 69, has died after being stabbed during his constituency surgery in Essex.


Police said a 25-year-old man was arrested on suspicion of murder after the attack at a church in Leigh-on-Sea.

They said they recovered a knife and were not looking for anyone else in connection with the incident.

He had been an MP since 1983 and was married with five children.

Essex Police said they received reports of a stabbing shortly after 12:05 BST and found a man injured.

He was treated by emergency services but died at the scene.

Sir David is the second sitting MP to be killed in the last five years, following the murder of Labour MP Jo Cox in 2016.

She was killed outside a library in Birstall, West Yorkshire, where she was due to hold a constituency surgery.

Sir David Amess entered Parliament in 1983 as the MP for Basildon.

He held the seat in 1992 but switched to nearby Southend West at the 1997 election.

Raised as a Roman Catholic, he was known politically as a social conservative and as a prominent campaigner against abortion and on animal welfare issues.

He was also known for his championing of Southend, including a long-running campaign to win city status for the town.

Southend councillor John Lamb told the BBC that Sir David moved his surgeries to different locations around the constituency “to meet the people” and said the attack was “absolutely dreadful”. He said:


We’ve lost a very good, hard-working constituency MP who worked for everyone.

Speaker of the House of Commons Sir Lindsay Hoyle said: “This is an incident that will send shockwaves across the parliamentary community and the whole country” adding that they will examine MPs’ security in the coming days.

One Comment on “UK MP Stabbed To Death In His Constituency”