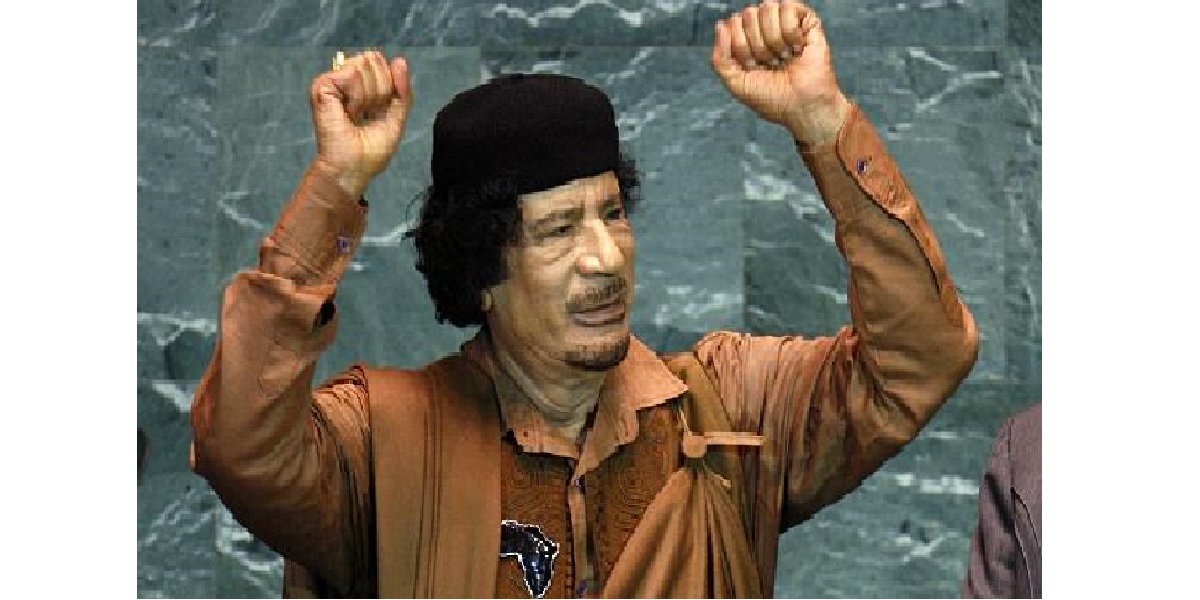 A Pan-Africanist, Mitchell ‘Maliqeto Mhlanga, who uses @MimiReeds on Twitter, has said the former president of Libya, Colonel Muammar Gaddafi was killed for his quest for African Unity.

Gaddafi was killed in 2011 by the NATO-assisted National Transitional Council, a rebel group in Libya, for allegedly being a dictator for forty years.

He was one of Africa’s great Pan Africanists, others being Robert Mugabe, and Kwame Nkrumah, who pushed for the United States of Africa and one economy that should use one currency. Mitchell ‘Maliqeto Mhlanga says this quest is what made the West kill Gaddafi. She said:

Just when Gaddafi became a symbol of African Unity, urging member states to unite for the development of the continent he was killed by His own people, rebel groups in Libya were supplied with ammunition by the west to rise up against Gaddafi which cost him his life.

The truth is Libya is essentially a failed state today because those ammunitions given to the rebels are still very much in use today. Gaddafi was not the focus but his quest for African unity was what the west urgently needed to dash to pieces.

The United States of Africa remains a pie in the air to date amid contradictions among leaders on how to approach the issue.

Political analysts argue that the main issue is greed for power as each leader wants to be sovereign and independent. A USA would mean that they surrender some of their powers while their countries will be regarded as provinces of one big state.