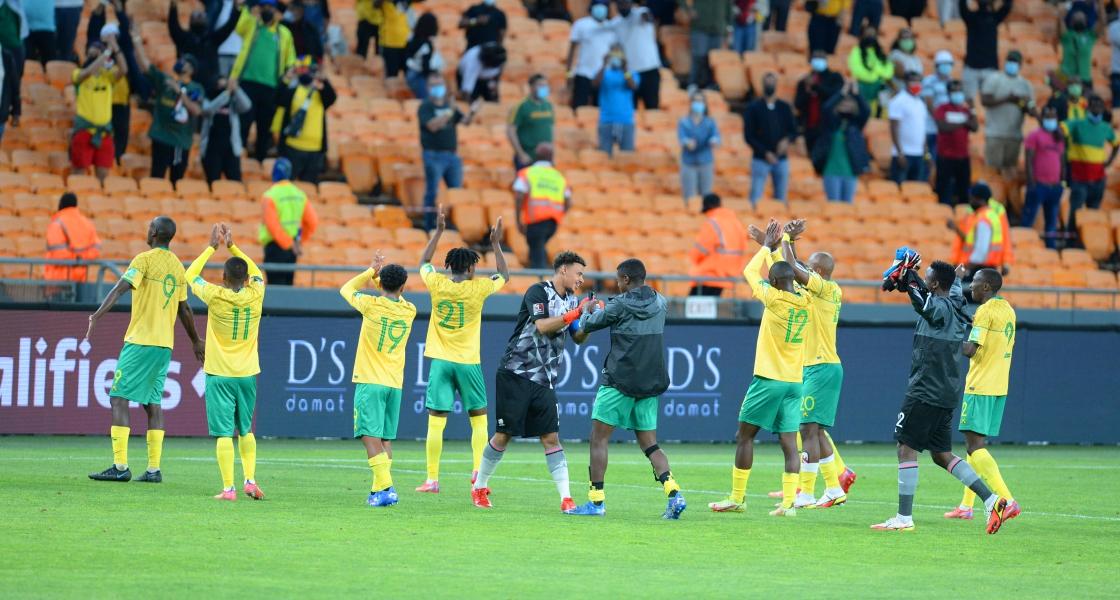 The South African Football Association (SAFA) is considering increasing the number of supporters from 2 000 to more than 20 000 for Bafana Bafana’s next match at home against Zimbabwe next month.

Bafana beat Ethiopia in front of 2 000 vaccinated supporters in a 2022 Qatar FIFA World Cup qualifier (WCQ) at FNB Stadium on Tuesday and SAFA is now mulling bringing in more fans for the crunch tie against the Warriors.

TimesLIVE has been reliably informed that there will be more than 20 000 screaming fans when the national team host the Warriors at the same 94 000 capacity venue on 11 November.

SAFA communications manager Dominic Chimhavi said given that the return of fans against Ethiopia was a pilot project that turned out to be a success, the association is considering allowing more fans for Bafana’s next match.

However, everyone, including the media, security and vendors, will have to produce a vaccine certificate. Said Chimhavi:

We have already started preparing for the Zimbabwe game and we are going to engage various stakeholders to suggest increasing the percentage of those attending the next game.

… Not only journalists but everyone involved, including security guards, caterers and so on No vaccination, no entry.

This is a win-win situation for everyone. Get vaccinated and grow the country in every aspect.

The successful hosting of fans for the Bafana match against Ethiopia was celebrated across the country and it is believed that the Premier Soccer League will follow in the mother body’s footsteps.

The domestic Premiership returns this weekend with no fans after the Fifa international weekend.