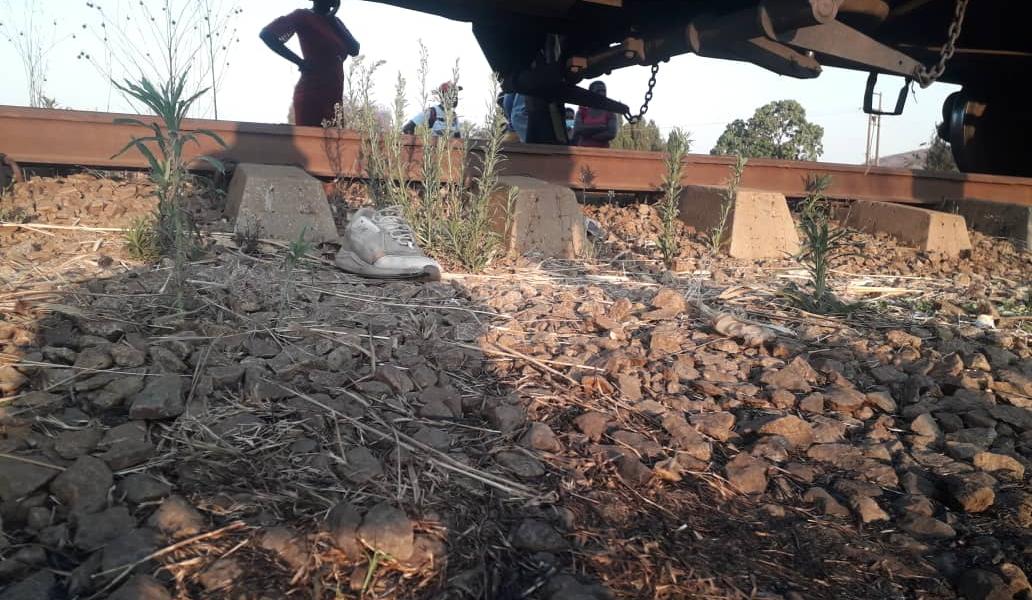 An unidentified man on Wednesday afternoon threw himself in front of a moving train and was crushed to death near Cold Comfort in Harare.

Eyewitnesses alleged that the man tried to drag two school children who were close by but failed.

When Pindula News attended the scene, the police had not yet arrived.

An NRZ official who refused to be named in this report as he doesn’t have authority to speak to the press said police from Kuwadzana said the incident did not take place in their area. He added:

We saw him [the victim] when we were about 100 metres away. He was walking very close to the railway and was unfazed when we rang the bell both for him and the vehicles.

Asked why they applied brakes when the man was not on the rails, the official said:

It’s protocol, we should try to avoid accidents. This man was very close to the rails and anything could happen. We were also approaching a junction.

The incident happened around 3 PM a few metres from a road and railway junction near Herentals college in Cold Comfort.

A local cattle herder said he had seen the deceased man in recent days walking along the rail holding a popular local beverage (cascade).

He was very normal. Nothing suggested he had issues.

Some locals said suicide was never a solution to problems adding that it would be better to talk to a friend as that tends to lessen the burden.

One Comment on “Man Throws Himself In Front Of Moving Train”