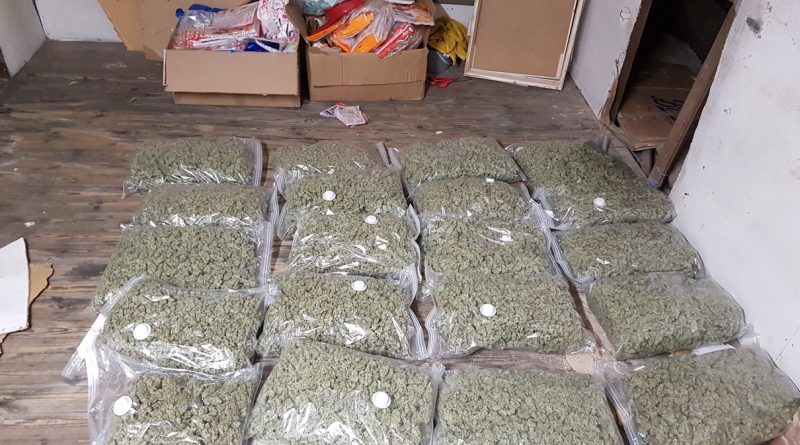 Police in Victoria Falls have arrested a safari camp manager after he was found with a huge stash of illegal drugs and equipment the police believe was used to manufacture some of the narcotics.

Cornelious Smit (62), A Mabalengwa Safaris camp manager, was arrested on Thursday after he was found with dagga and cannabis oil, among other drugs, Matabeleland North police spokesperson Inspector Glory Banda told VicFallsLive.

Smit, from Bvakacha Farm in Matetsi Unit One, had been under police surveillance following a tipoff last month.

He was arrested after indications that he was in the process of manufacturing the drugs from his house. Said Insp Banda:

Acting on the tipoff, a warrant of search and seizure was obtained from the Victoria Falls magistrate court and on the same day around 12 noon, the Victoria Falls district team comprising of Criminal Investigations Department (CID) and Narcotics, Support Unit and Canine led by Assistant Inspector Tavengwa visited the accused’s place of residence.

Meanwhile, Smit was released from police custody and issued with a summons on Saturday. The Victoria Falls magistrates court prosecutors instructed him to report to court on Monday as police were still conducting further investigations.