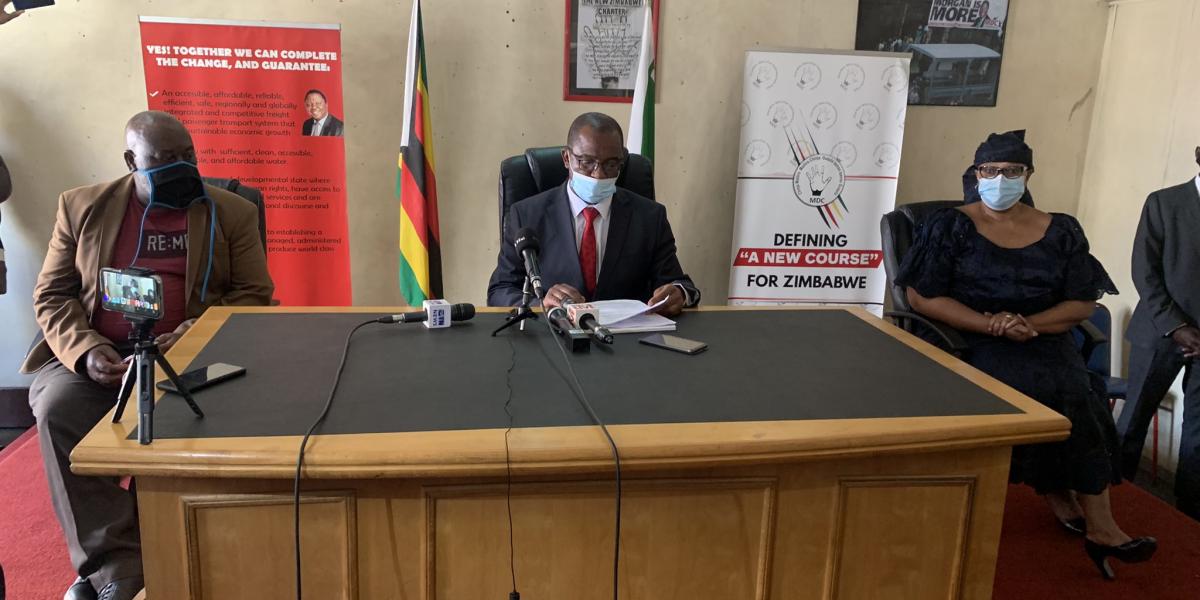 MDC-T president Douglas Mwonzora has implored the government to stop land displacements without availing compensation to those affected first.

His comments come as thousands of Zimbabwean families have been displaced from their ancestral lands to let Chinese investors conduct farming or mining activities.

Addressing journalists at the party headquarters in Harare on Friday, reacting to President Emmerson Mnangagwa’s State of the Nation Address (SONA), Mwonzora said:

Another phenomenon that has emerged is the displacement of Zimbabweans by new coming investors.

Now that is an issue that is worrying us, before any Zimbabwean is displaced from their land, there must be viable alternatives put in place.

Alternatives which will make sure that people who have been displaced get enough housing, enough amenities like schools, hospitals and so on before they are moved out of their land, there must be adequate and fair compensation for these people deprived of their land and we want the government to deal with that.

He also called on the government to assist small businesses that were negatively affected by the COVID-19 pandemic.

One Comment on “Mwonzora Challenges Govt To Stop Chinese Displacements”