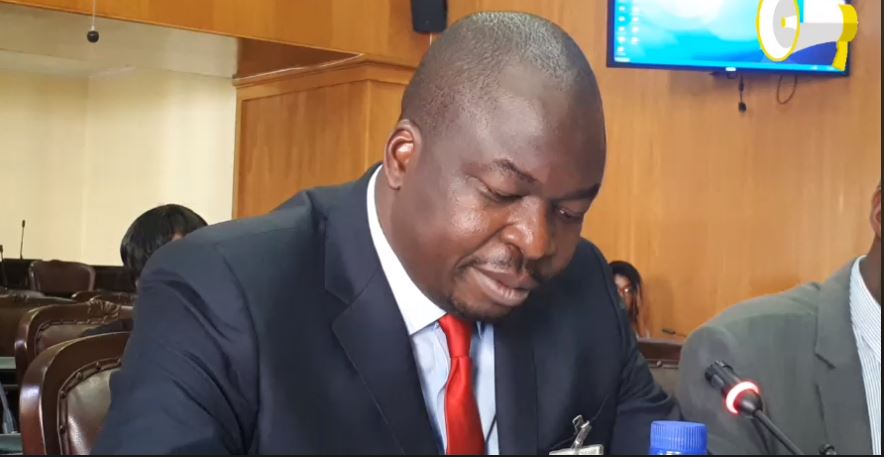 The permanent secretary in the Ministry of Finance and Economic Development George Guvamatanga has defended his lavish birthday party, saying he worked for his wealth over many years and cannot now pretend to be poor.

Guvamatanga has been criticised after video clips emerged on Friday of him showing off his fortune and pledging to multiply by five the money that had been agreed for Louis Mhlanga, the South African based artiste to perform at the party.

The top civil servant reminded his adversaries that he spent 30 years with Barclays Bank Zimbabwe where he was the managing director for many years.

In a no holds barred phone interview with The Standard from Victoria Falls on Saturday, Guvamatanga also claimed that he has a thriving cattle herd being reared over swathes of prime land at his farm, which he said generates not less than US$1.2 million a year. He said:

First of all, let me put things into context. The issue of saying the artistes were paid more is not correct. The clip was quoted out of context.

I was saying to Louis Mhlanga, one of Zimbabwe’s most decorated musicians that if I had the money, I would have paid five times more than we agreed. It was a tribute to Louis Mhlanga.

You know that I cannot take foreign currency from the Reserve Bank of Zimbabwe and spend it like this.

I worked for a big international bank for 30 years and I was paid in offshore accounts. There are millions in that account.

Others avoid paying taxes when they are paid through offshore accounts, but Barclays was strict.

And if you ask ZIMRA (Zimbabwe Revenue Authority) they will tell you that I was one of the biggest taxpayers during my stint at Barclays Bank.

I paid between US$2 million and US$3 million in taxes, the records are there. Now, if I paid US$3 million, ndakasara nemarii? (How much remained in my account?). My package at Barclays, including my bonus, was US$3 million.

It is all above board, I have a known offshore account, and have interests across most sectors of the economy, from insurance to agriculture to distribution and others.

I will need to take you to my farm, I have 1 200 cattle. My business interest and wealth are known and everything has been declared.

I cannot pretend to be poor. Most of my cattle fetch not less than US$2 500 (each), and I sell 500 cattle per annum. So why can’t I celebrate life?

… I am so surprised that people are judging me with the three years that I have been a civil servant, instead of the 30 years that I worked for Barclays.

He said before settling for Mhlanga, he had first hired superstar, Mukudzei (Jah Prayzah) Mukombe as the main act at the decorated event.

But Guvamatanga said a few hitches led him to drop Jah. South Africa’s pop stars Mafikizolo and Makhadzi played along Mhlanga at the bash.

4 comments on “Guvamatanga Defends Lavish Party, Says “I Cannot Pretend To Be Poor””