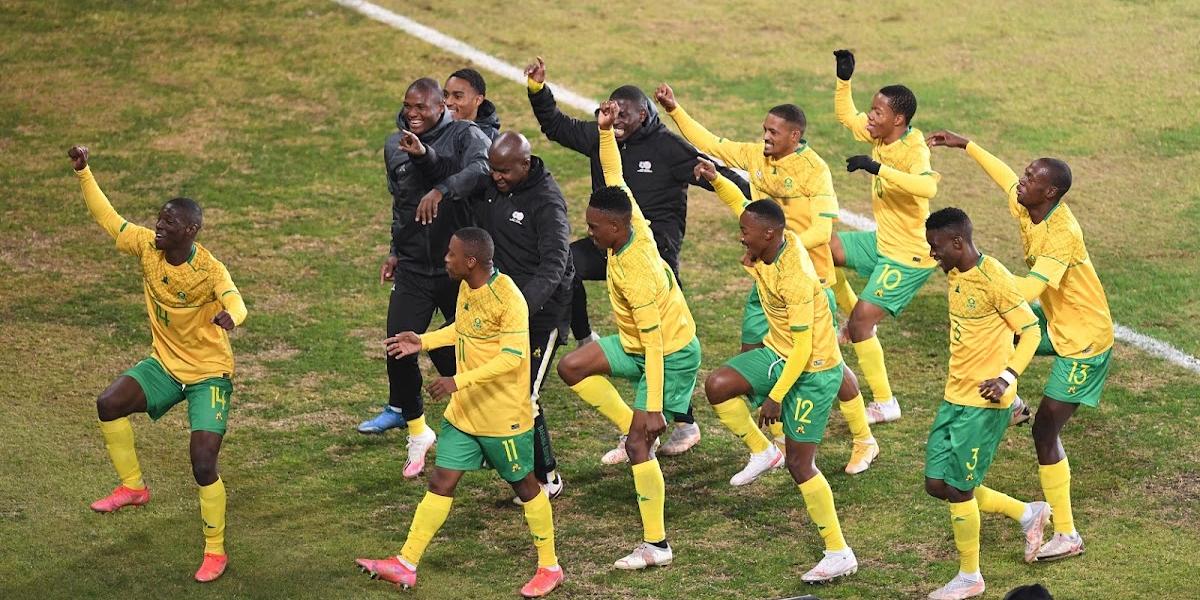 South Africa beat Ethiopia 3-1 in a 2022 FIFA World Cup qualifier on Saturday to extend their lead at the top of Group G in front of a few hundred vaccinated fans in Bahir Dar, Ethiopia.

Bafana now lead the group on seven points at the halfway mark of the first round of the qualifying campaign for Qatar.

The other two teams in Group G, Zimbabwe and Ghana, clash this evening in Cape Coast, Ghana, and South Africa will hope for a draw to end match-day three top of the group.

South Africa started their campaign with a goalless draw against Zimbabwe in Harare, and a 1-0 win over Ghana in Johannesburg in their opening two qualifiers last month.

Against the Walia ibex, Bafana scored the first goal before the halftime break through midfielder Teboho Mokoena and second-half strikes by his central midfield partner Mothobi Mvala and substitute striker Evidence Makgopa put Bafana in pole position to finish as group winners.

Getaneh Kebede cancelled out Mokoena’s goal in the 67th minute but Mvala regained the lead for Bafana four minutes later.

Makgapa punished the Ethiopians on the stroke of full time to deflate the home side.

South Africa host Ethiopia at FNB Stadium in Johannesburg at 6 pm on Tuesday, where they will be cheered on by an expected more than 2 000 vaccinated supporters.