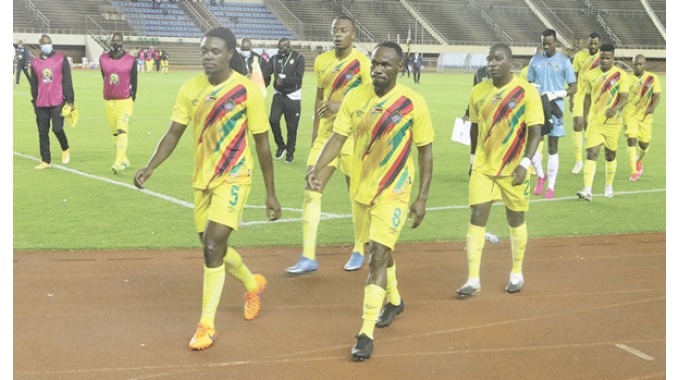 Former Amazulu and Warriors midfielder Ronald “Gidiza” Sibanda believes the Warriors are capable of upsetting Ghana at their own backyard in a 2022 World Cup Qualifier to be played this afternoon.

Sibanda, a former Soccer Star of the Year, challenged Warriors players to justify their inclusion in the national team by giving their best performances. He said:

If going to teams like Ghana or any big teams, it’s difficult but we’re a team that is building with a new coach and these are matches where we have to rise to the occasion.

Now, these players have to prove to the coach why they are in the team and have to make us happy as a nation.

If they fail to perform, then there’s no reason to keep these permanent faces, we’ve to let them go and we look at other players.

That Ghana has lots of players from abroad shouldn’t send shivers to the Warriors. I remember one qualifier against Mali, there were guys like Diara but Johannes Ngodzo seemed like a foreign-based player taking all the limelight. Football has changed and home advantage matters little.

If we can’t win this one, a draw will be a fair result, depending on the team’s performance. I will be content with a point.

With just a point, the Warriors are hard-pressed to revive their hopes of qualifying to the next stage and will be out to avoid a defeat to stay in contention.

Zimbabwe are the only winless team, sitting at the bottom of Group G having played to a 0-0 draw with South Africa before losing 1-0 in Ethiopia.

South Africa top the table with four points, while Ghana and Ethiopia are tied on three points.