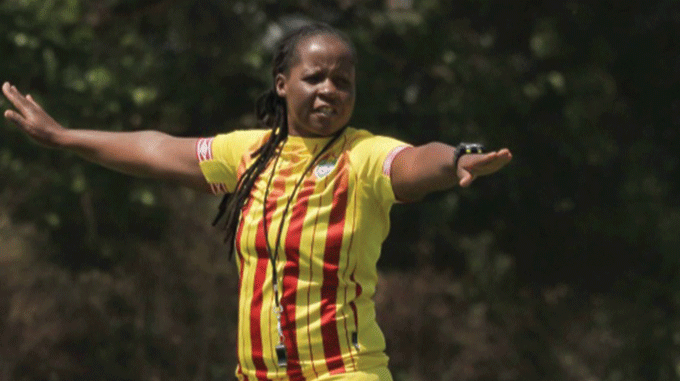 Mighty Warriors coach Sithetheliwe Sibanda has commended the team’s performance at the ongoing COSAFA Women Championships in South Africa despite crashing out of the tournament in the group stages.

The Mighty Warriors finished second in their pool after defeating South Sudan 2-1 and Botswana 3-0 but failed to secure a place in the knockout stages due to an inferior goal difference to Malawi.

In an interview after the Botswana match, Sibanda said she was happy with her players’ positive attitude and the work rate that they showed in the game. She said:

We needed to restore our pride. We started off very shaky in our first games, with a lot of rust, to be honest.

Sometimes you try pushing the players and you can see they are trying but they are very rusty.

I’m happy that at least today, they tried very much. There were a lot of positives than negatives versus this Botswana outfit.

We know what we were up against and that there would be a lot of pressure in this game as both teams were looking for an outright win.

… As a coach, I’m happy with how we played today as we managed to rectify some of the issues and also to try out some different combinations as we are approaching the AWCON qualifiers.

The Mighty Warriors had a bad start as they were thrashed 3-0 by Tanzania in their opening match.

For the second time in a row, the Mighty Warriors have failed to go beyond the group stages.