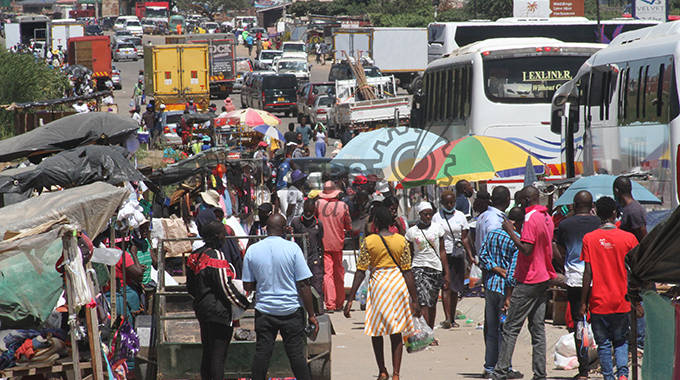 Harare City Council (City of Harare) says it has issued 48-hour notices to hundreds of people settled on the Mbudzi interchange road reserve.

In a statement this Tuesday, CoH urged the affected people to remove their structures within two days or the council will send bulldozers to “assist” them. The statement read:

Council has served 48-hour notices to over 320 people settled on the Mbudzi interchange road reserve.

The notices encourage the residents to remove their structures without council assistance which normally comes in the form of dozers.

The road interchange is a national project. Affected residents will be allocated space elsewhere. A committee to address the issue is working on the matter.

Last month the permanent secretary in the Ministry of Transport and Infrastructure Development, Tedious Chinyanga, told The Herald that Mbudzi roundabout, located in southern Harare, needed to be converted into an interchange where traffic flows without interruption.

Chinyanga said the ministry had engaged the Infrastructure Development Bank of Zimbabwe and Zimre Holdings in their quest to raise funding which would come as a bond. He said:

In terms of the Mbudzi roundabout, we are discussing with a financial institution that has expressed interest in putting forward a loan or funding to Treasury in order to quicken up the process of constructing that interchange because it would be bad planning on our part if we complete the road without having put up the interchange.

… We have IDBZ and Zimre Holdings leading the process. They made a presentation to Treasury.

As Ministry of Transport, we are happy with the progress but there are a few things which they have to deal with Treasury for final approval and concurrence but the pace we are moving at is good.

Mbudzi roundabout is at the intersection of Simon Mazorodze Road, Chitungwiza Road and High Glen Road and these are the feeder roads from western Chitungwiza and a swathe of old and new suburbs into the city centre as well as national and regional traffic on the Harare-Masvingo route.