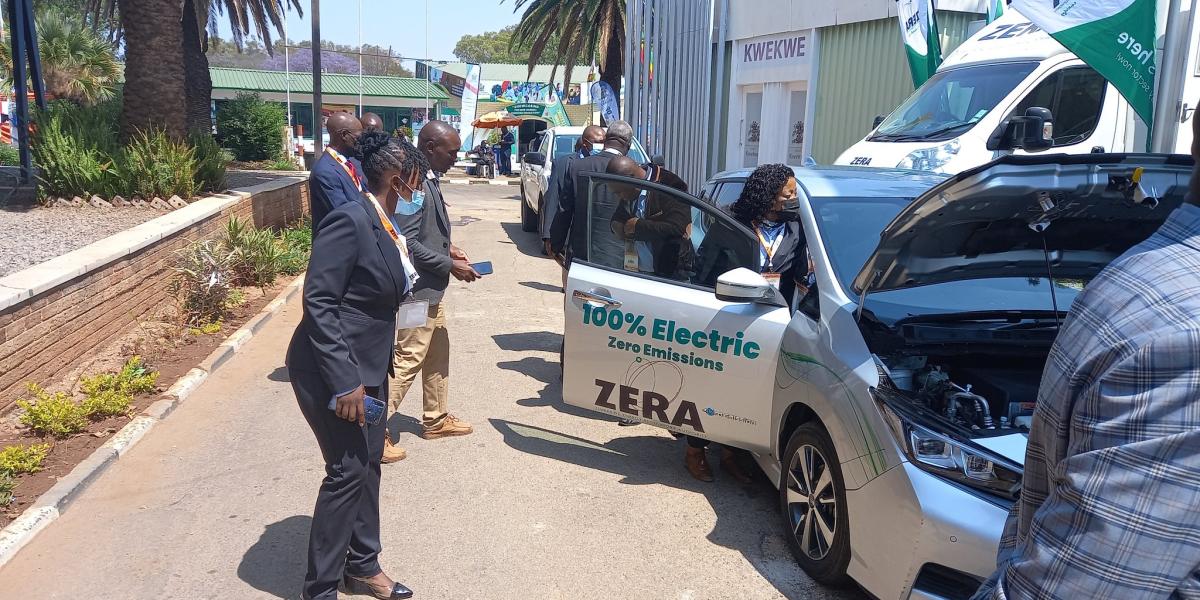 Hundreds of patrons thronged the ZERA stand at the just-ended Zimbabwe International Trade, to get a deeper appreciation of the ZERA Electric Vehicle.


Electric vehicles, also called battery electric vehicles, have lithium-ion batteries that are recharged by plugging the vehicle into charging equipment and have typical driving ranges from 300 to 350km per full charge.

The driving range is also dependent on the road terrain and acceleration.

Electric vehicles have lower running costs, while a conventional vehicle would require US50-60 worth of fuel for about 300km of travel, charging an EV would require between US5 and 10. The vehicles also have fewer moving parts hence do not require as many lubricants as convectional vehicles.

Speaking on the sidelines of the exhibition, ZERA Chief Executive Officer, Mr Edington Mazambani said the showcasing of the vehicle was meant to encourage the adoption and use of sustainable forms of energy. He said:


With regards to e-mobility we are showcasing at ZITF because we want to encourage the use of energy sources that reduce the carbon footprint caused by vehicles and as a regulator, we have also developed the e-mobility framework that we have since submitted to the Ministry of Energy and Power Development which will guide the roll-out of E vehicles.

Mazambani added that plans to put up infrastructure across all corners of the country were already underway.

He added that ZERA has three charging units at all at its offices in Bulawayo, Harare and Mutare. The authority is looking forward to completing the installation of another charging point in Gweru that will be open to the public.