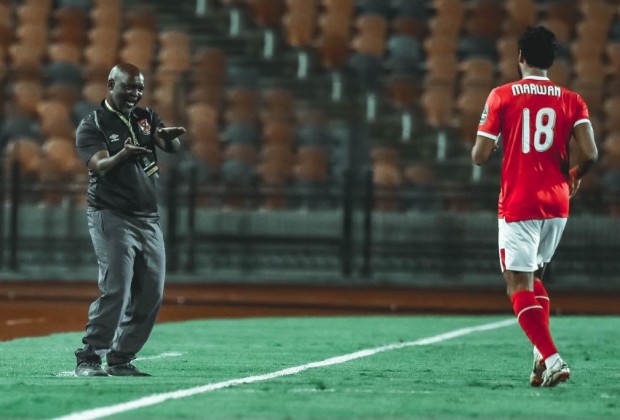 Mosimane has come under fire in recent weeks for his team’s unconvincing performance and for losing his first two domestic trophies in the Egyptian Premier League and Egyptian Super Cup.

On Saturday night, however, the South African managed to redeem himself with a 1-0 win over ENPPI in the round of 16 of the Egypt Cup.

I have confirmed information from inside the club that Reda Shehata [El-Gouna head coach] will join Al-Ahly’s technical staff [To replace Cavin Johnson].

I feel that Mosimane will not continue with Al Ahly, the team’s performance isn’t reassuring and I don’t feel that the players are improving.

The performance has become very routine, any team that will face Al Ahly will close its defensive line and the Reds will struggle and will win with a lot of difficulties.

I doubt that Mosimane will continue with Al Ahly, there is something going on in Germany [alluding to the rumor that Cairo giants are in negotiations with a German coach].