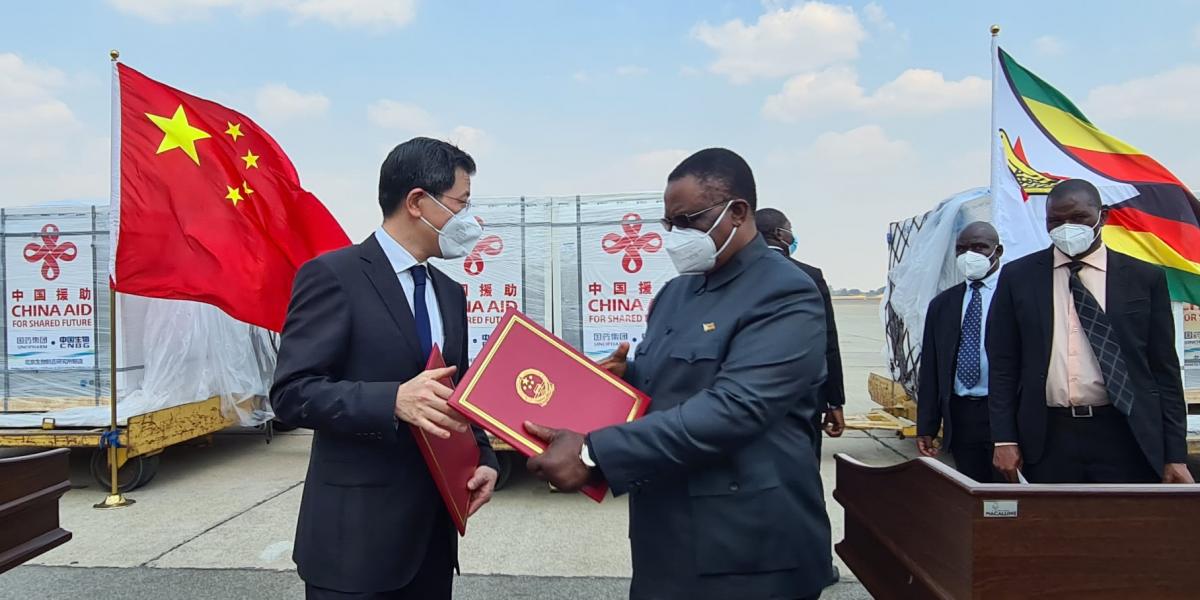 Zimbabwe’s Vice President Constantino Chiwenga who doubles as the Minister of Health and Child Care received half a million of the Sinopharm vaccine doses from the People’s Republic of China this Sunday.

The Health Ministry announced the development in a statement saying the vaccines were received at Robert Gabriel International Airport.

Chiwenga spoke to journalists after taking delivery of the 500 000 Sinopharm vaccine doses expressing his gratitude to the Asian country. He said:

I am pleased that to date, Zimbabwe has received a total donation of one million (1000 000) vaccines from the People’s Republic of China.

As a Ministry, we applaud the consistency with which the People’s Republic of China has complimented our efforts to fight and conquer this dreaded virus.

Since the devastating pandemic was first reported in this country on 20 March 2020, China has been generously providing both technical and material assistance, to augment our own efforts as a country.

The Chinese Ambassador to Zimbabwe, Guo Shaochun said that 500 000 doses received today will be another boost to Zimbabwe’s national vaccination programme.

He said Zimbabwe and China have fought side by side in the wake of a pandemic with the former receiving personal protective equipment (PPEs) and vaccines.

As of Saturday 25 September 2021, over three million people in Zimbabwe had received the first dose of the COVID-19 vaccine against a targeted 10 million.

More: Pindula News UPDATE By the Ministry of Health and Child Care

One Comment on “China Donates Half A Million Sinopharm Vaccines”