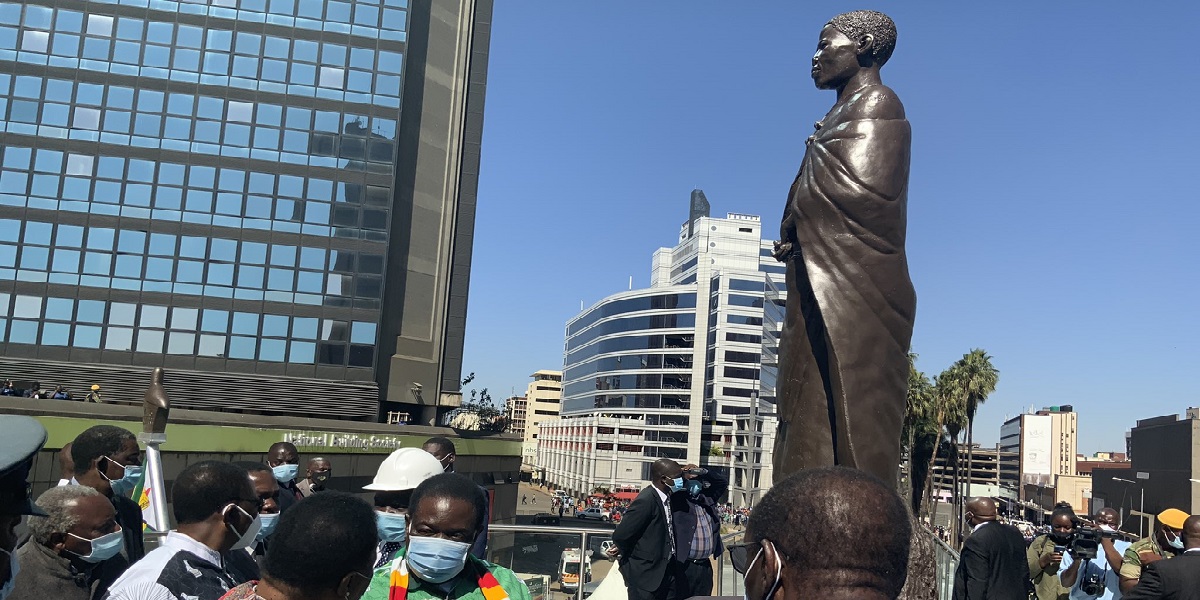 Samora Machel Avenue is set to be re-opened on Monday the 27th of September following the completion of construction work at the Mbuya Nehanda statue site in Harare.

The closure of the intersection was necessitated by the works on the statue and the architectural structures to support it.

Harare Metropolitan Minister of State for Provincial Affairs and Devolution Engineer Oliver Chidawu confirmed that the project is now complete. He said:

The synchronization of traffic lights and a lot of services which had been disrupted by the construction had not been completed and we are now all so excited as it reduces the congestion.

President Emmerson Mnangagwa earlier this year said the government will not end with the construction of the statue of the spirit medium of Nehanda Nyakasikana whose words sparked the Second Chimurenga.

He promised more statues of national heroes which he said will act as a reminder of the history of the country.

Government critics said while the cause was noble, the construction of statues when the country has other financial needs showed that the government’s priorities are misplaced.