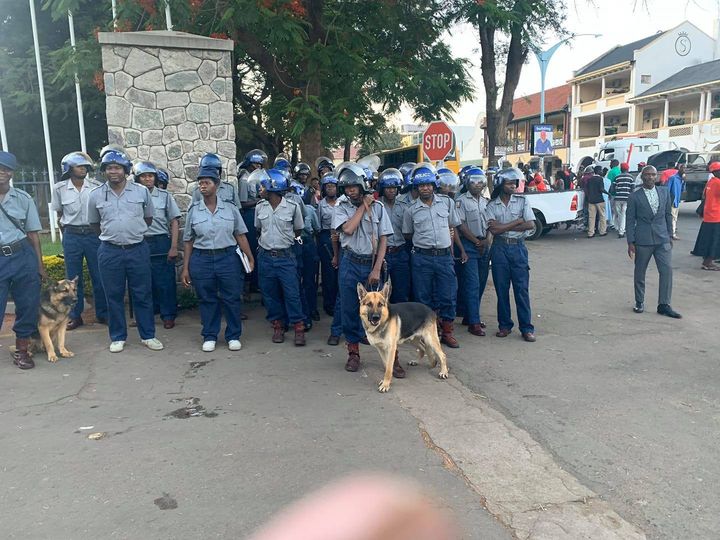 The Zimbabwe Republic Police (ZRP) has increased police visibility at the Zimbabwe International Trade Fair to curb crimes that are usually associated with the event due to an entrance of visitors.

Bulawayo police spokesperson Inspector Abednico Ncube told Southern Eye Wednesday that law enforcement agents were prepared to deal with criminals that take advantage of the increase in the number of visitors in the city during the annual trade extravaganza. Ncube said:

We have realised that there is an influx of visitors in Bulawayo, we are glad to receive them, we want to tell them that they are safe.

We have deployed enough police officers to deal with those who will be engaged in criminal activities. Some criminals would have travelled from afar, we want to warn them that Bulawayo is not a hunting ground for criminals and does not tolerate lawlessness.

We urge the public to co-operate with police and that they should not leave their luggage in their cars.

This year’s ZITF comes at a time when Bulawayo has in the recent past recorded a spate of armed robbery, resulting in an exchange of gunfire between police officers and armed robbers.

In August, police in Bulawayo shot and killed a member of a six-armed-member gang that had come all the way from South Africa. Two were injured when the gang pounced on a house along Franklin Drive in Fourwinds, Bulawayo.

Four firearms were recovered at the scene.