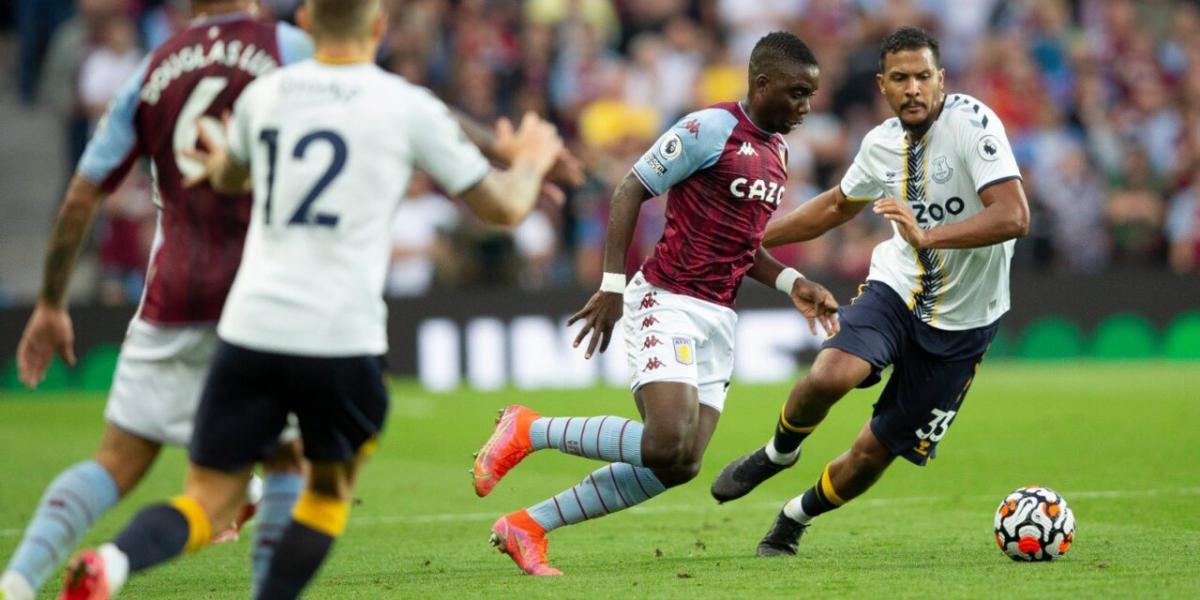 Warriors midfielder Marvelous Nakamba has been hailed for the ‘decisive role’ he played in Aston Villa’s 3-0 win over Everton on Saturday.

Coach Dean Smith introduced Nakamba five minutes before halftime for the injured John McGinn and put on an impressive performance in the Villa midfield.

Marvelous Nakamba was substituted on in the 40 th minute due to John McGinn suffering from dizziness after he took a blow to the head.

McGinn is quite the attacking threat in this side and the decision to bring on a very defensive minded player like Nakamba caused some unrest in the crowd at the time.

Emiliano Buendia is capable of playing in centre midfield and offers a lot both going forward and defensively, so fans were perplexed when they saw Nakamba stripped off and ready to come on.

He replaced Douglas Luiz in the holding midfielder role, and this then allowed the Brazilian to operate in the areas McGinn was previously roaming. It was this change that ultimately proved to be the deciding factor in this tough fixture against Everton.

Nakamba possesses an innate ability to disrupt the opposition and it was no different in this game. He consistently broke the play up and halted any Everton player that came his way. His defensive ability is never in question, what fans do have doubts about is his ability on the ball. In this game, however, he seemingly put this issue to bed.

He had a pass completion rate of 95.2% after completing 20 passes. He looked confident and assured and his passing was crisp and direct to his teammates. Fans are often on edge when he has the ball but in this game, he looked like a completely different player to the one that had struggled previously. It was a welcome sight.

These passes weren’t just lateral or backwards either, he completed five passes to the final third which was the second-highest number within the team, behind only Tyrone Mings. He did an excellent job of not providing his teammates with possession but also progressing the team forward.

His role in pre-season hinted that Dean Smith would be asking more of him in this aspect. It was trialled against Watford in the opening game and although his attempt was valiant, the overall performance of the side meant any outlook fans had on his performance was most likely dampened.

As he acted as the anchor in midfield, it allowed Luiz to get forward with the freedom he previous hasn’t had. He set up Matty Cash for the opening goal and was influential throughout. This wouldn’t have been possible if it wasn’t for the role that Nakamba played.

There are of course still issues with Nakamba’s play. Only two of the twenty passes he completed were with his right foot.

He is heavily left-footed, and this lack of balance means the extra time he takes to shift the ball to his preferred foot either increases the likelihood he is dispossessed, or the momentum of the team is stunted.

The Villa midfield also dominated throughout, and it isn’t these games that Nakamba’s ability is questioned. It is the game’s where the opposition is pressing intensively and forcing errors where issues may arise for the Zimbabwe international.

Regardless of these slight issues, it was an outstanding performance from Nakamba, and he was integral in this performance.

He will most likely see minutes in the League Cup fixture against Chelsea on Wednesday so this performance will hopefully give him a well-deserved confidence boost ahead of this.