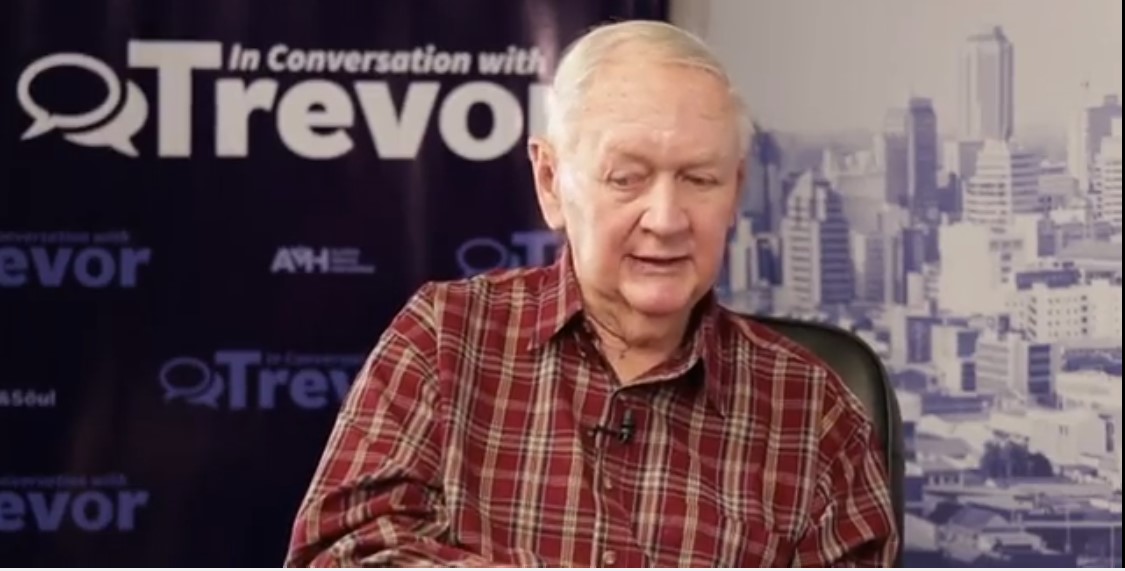 Former MDC member of Parliament Eddie Cross says soon after the November 2017 military coup, President Emmerson Mnangagwa asked him for his opinion on how the country could be fixed.

Cross recently wrote President Mnangagwa’s controversial 130-page biography, A life of Sacrifice: Emmerson Mnangagwa, with copies worth US$755 700 reportedly sold on the day of release.

The outspoken former Reserve Bank of Zimbabwe (RBZ) Monetary Policy Committee (MPC) was still an MDC MP when he drove to Mnangagwa’s farm in Kwekwe at his invitation where he met July Moyo (Minister of Local Government and Public Works) and other three cabinet ministers.

Cross revealed this during an interview on Trevor Ncube’s “In Conversation With Trevor” programme recently. He said:

It’s a really strange story. When they mounted the coup against Robert Mugabe in 2017, I was still a member of Parliament in those days. I had been part of the process to remove him from power.

I was having lunch with friends in Bulawayo and I got a phone call from Kwekwe. A young voice said to me, ‘Mr Cross, the President would like to see you’, and it was Emmerson Mnangagwa.

I said, well, I’m in Bulawayo. He said, ‘well, he wants to see you this afternoon’.

4 comments on “Mnangagwa Asked Me How He Could Fix Zimbabwe, In 2017 – Cross”