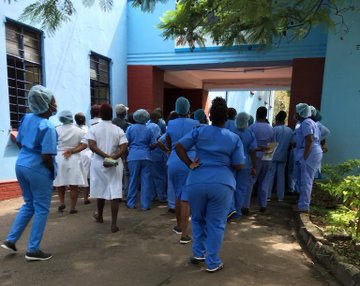 Civil servants have slammed the government for unilateralism when making decisions that affect them while using intimidation tactics to force them to toe the line.

This comes after the Public Service Commission (PSC) on Friday announced that the Salary Service Bureau (SSB) will pay workers in accordance with their attendance at work.

Zimbabwe Confederation of Public Sector Trade Unions secretary-general David Dzatsunga said they were not consulted about the new policy that will have serious repercussions for civil servants. Dzatsunga said:

This is an unexpected and unfortunate reaction to the incapacitated civil servants.

The government is intimidating the civil servants, rather than engaging them.

Of late, we have noted unilateralism by the government on issues affecting workers.

The public service should go back to the rules of engagement. It is not proper to impose policies unilaterally when there are established institutions to represent the workers.

Where workers are engaged in sanctioned protests, they should receive their salaries and not be threatened.

Zimbabwe Nurses Association (ZINA) president Enock Dongo reminded the government that workers are forced by circumstances not to report for duty. Said Dongo:

The no work no pay policy is a clear indication that government is not concerned about the welfare of its workers.

Workers do not intentionally abscond from work, but they are forced by the circumstances.

In this case, poor wages are forcing civil servants to abscond duty.

Where there are issues of concern among civil servants, the government has always blamed the workers for the discontent, which is not the way they should address the issues.