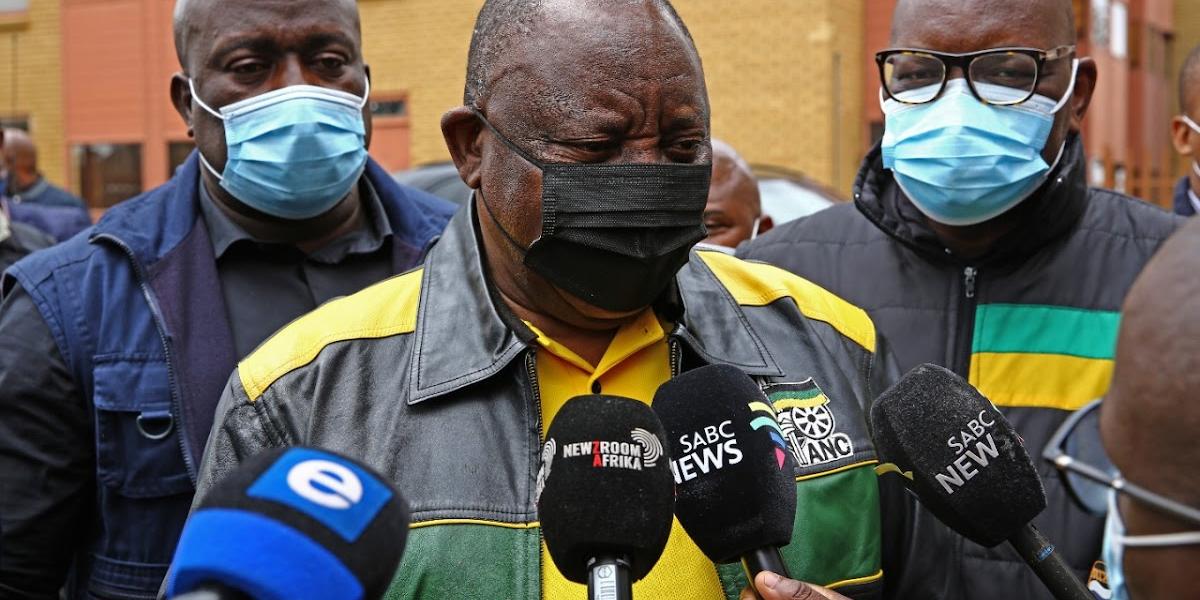 Ramaphosa and African National Congress (ANC) officials were in Soweto on the local government elections campaign trail where residents raised the issue of the unavailability of electricity.

While Ramaphosa was inside a home speaking to residents, outside Phangelani Msinyana said:

The ANC can keep its electricity, we don’t want it anymore. Where was the ANC in the past three years when we didn’t have electricity?

All of these police officers that are here, where were they when members of the community were getting killed? Where were they? They must f*** off man!

They helped us a long time ago. They helped our mothers who were being beaten by the apartheid police.

Today you come here because you want our votes. We are not going to vote for you.

Another resident, Ntombi Meji, said she was surprised by Ramaphosa’s visit. She said:

Why did he surprise us? We are not happy at all. We want electricity, we cannot do anything without electricity.

Our children study under candlelight and they cannot watch TV.

Responding to the community, Ramaphosa said electricity would be “priority number one” as a result of his visit. He said:

We told Eskom to solve the electricity issue urgently. Next week they will send a contractor.

I want them to get on it next Tuesday. I told them that I want a report that will be sent to the premier and the mayor.

Do you promise that you will look after the electricity? Please do not lose hope, I will personally supervise that they solve this issue.

Ramaphosa said he would also ask the police to investigate complaints about gunmen roaming the streets. He added:

Please do not lose hope, we are not only here because it’s the elections. We want to remind you to go and register today and tomorrow.

If you do not vote, all of the issues you have raised will not be addressed because another party will be in charge and they will not address your concerns.

ANC spokesperson Pule Mabe said the community’s concerns were valid. He said it was clear electricity was the biggest issue for Nomzamo voters, and there were plans to move responsibility for resolving the problem from Eskom to City Power.