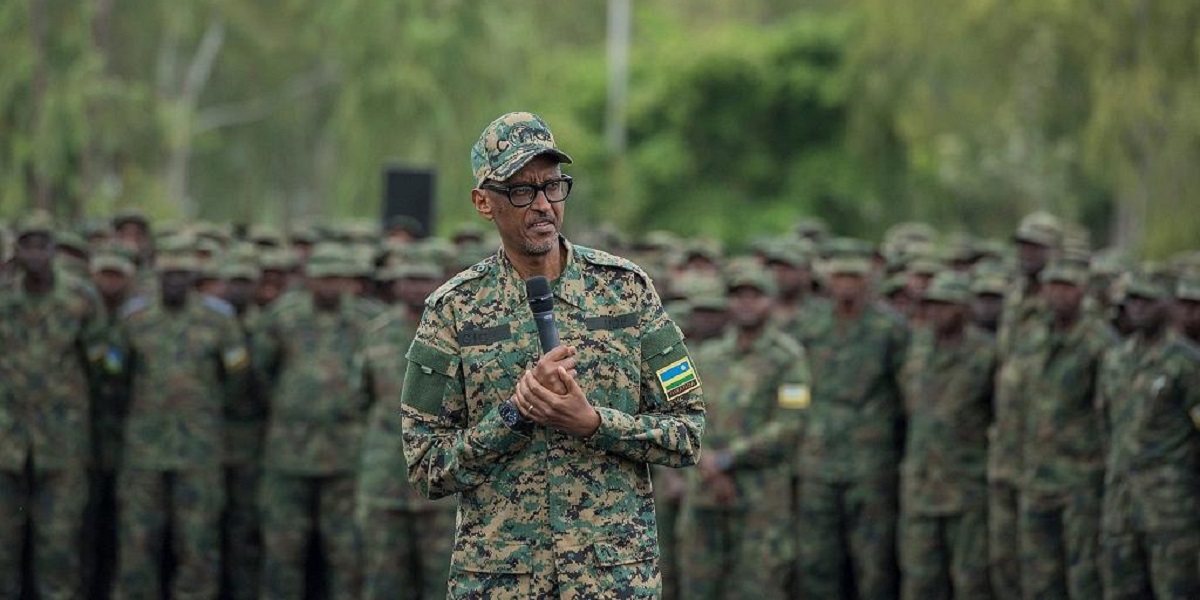 In a Facebook post on Friday, Chin’ono highlighted what he considers some positives about the Rwandese system but some of his followers pointed out President Paul Kagame’s alleged flaws.

Responding to the criticism, Chin’ono said while Kagame has his flaws, the strongman has done a lot of good for his country considering that Rwanda experienced a genocide in 1994.

While some countries such as Malawi are able to conduct “clean” elections, President Lazarus Chakwera’s ability to deliver public goods pales in comparison to that of Kagame, he said.

I have read all the comments here, I thought it would be wrong for me not to say something about the views posted.
Rwanda is not perfect, no country is perfect!

When we look at a country’s Governance system, we should do so cognizant of its political history.

Rwanda came out of a genocide in 1994 that killed almost 1 million people. The country was in a total mess both economically and politically!

It has been turned around by Paul Kagame using both soft and hard tools to achieve that economic turnaround and growth.

The purpose of elections is to elect a competent leadership that can provide a robust economy so that people can live comfortably well.

Now, why is Rwanda an interesting case for Africans, and why is it being talked about a lot. From genocide in 1994, it has 16 registered television stations, Zimbabwe has one.

It has working hospitals and clinics for its people, Zimbabweans don’t have access to such world-class facilities. It pays its healthcare workers competent salaries, Zimbabwe doesn’t.

Its cabinet has more women than men, competent women not just women appointed for tokenism, Zimbabwean women are still victims of patriarchy and sexism in Government.

Rwanda has attracted world-class investment, it has a VW plant that manufactures cars for the region and beyond!

It is the only country in Africa that started manufacturing smartphones creating more employment for its citizens and research for its higher learning institutions.

It has sent a satellite into space to provide internet for rural areas and schools. It has young cabinet ministers, mostly women too!

It has a world-class public transportation system, Zimbabwe has ZUPCO trains. It has built one of the best airlines in Africa in RwandAir.

It has just started a partnership project with VW to manufacture the first solar-powered tractor on the continent.

Kigali is the cleanest capital city in Africa, this came through methods used by Kagame to make citizens take responsibility for their communities!

It is Pan Africanist, it allows Africans with ideas to go there and make it as long as they are creating employment. It has a zero-tolerance to corruption policy which is not just on paper but is practised.

Political and Government leaders get an annual mark for their performances, those who get below 60% are removed.

Rwanda is now building the biggest airport in the region in partnership with Qatar to rival O.R Tambo in South Africa and Jomo Kenyatta in Kenya in order to create an airline hub for the region and expand RwandAir as a big player in the airline industry.

Now if Rwanda was Zimbabwe and Mnangagwa was doing what Kagame has done, would you be bothered with politics? Honest answer!

I don’t care who is running my country as long as they are running it well. Do you care? The idea of elections is to remove incompetent leaders, am I right?

Does Rwanda have that? Notwithstanding the issue of the elections, how would you rate Kagame in regards to service delivery?

Would you be bothered with Mnangagwa if he delivered what Kagame has delivered?

He is not perfect, he has made mistakes, he has said so himself, but what do his people think of what he has delivered?

In Malawi there was a change of government, how would you compare President Chakwera to Kagame?

I would like Rwanda to have clean elections, but I don’t look at that in isolation of its bloody history, its regional realities being next to DRC and its present-day achievements.

I am pro-Democracy and clean elections, but I am more interested in a Democracy that delivers service to its citizens and not one that is on paper yet its people are living in the 4th world like Malawi.

Should we as Africans look for systems that work for us? Why do I ask this?

Singapore was poorer than Zimbabwe today when it got its independence, a dictator called Lee Kuan Yew built Singapore from a third world country into the first-world country it is today.

He jailed corrupt ministers, brought investment, built institutions, developed the county and yet there were no elections.

Would you be opposed to that if it works? I don’t have all the answers, but let us discuss!

Commercial beef FQ Cuts
US $3.65 Harare
BUILDING Materials in & around Harare
US $125.00 Harare