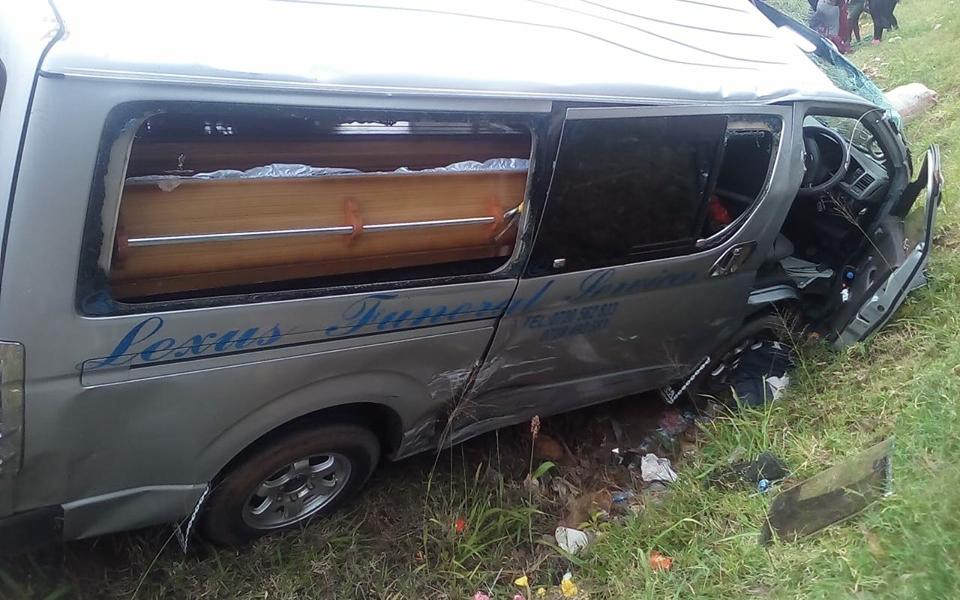 A Zaka family had to bury two brothers this week after one of the siblings who was accompanying his deceased brother’s body from South Africa, was killed when the hearse was involved in a head-on collision.

Edward Manyani was travelling in a hearse carrying his brother’s body from South Africa when the hearse crashed into another vehicle in Chiredzi on Friday, killing him on the spot.

Six other passengers in the hearse were seriously injured and admitted to a hospital.

Edward was accompanying his brother Peter Manyani’s body from Johannesburg when the accident happened at Nyabongwe Bus Stop near Buffalo Range in Chiredzi at around 2 PM.

A police memo seen by The Mirror says that a hearse from Solace Funeral Services in South Africa pulling a trailer carrying Peter’s coffin encroached into the right lane resulting in a head-on collision with an oncoming car.

South African national Legoko Sabata Goliath Francis (31) was driving the hearse to Gokora Village, Chief Nhema in Zaka where the late Peter was to be buried.

Goliath was arrested and is being charged with culpable homicide.