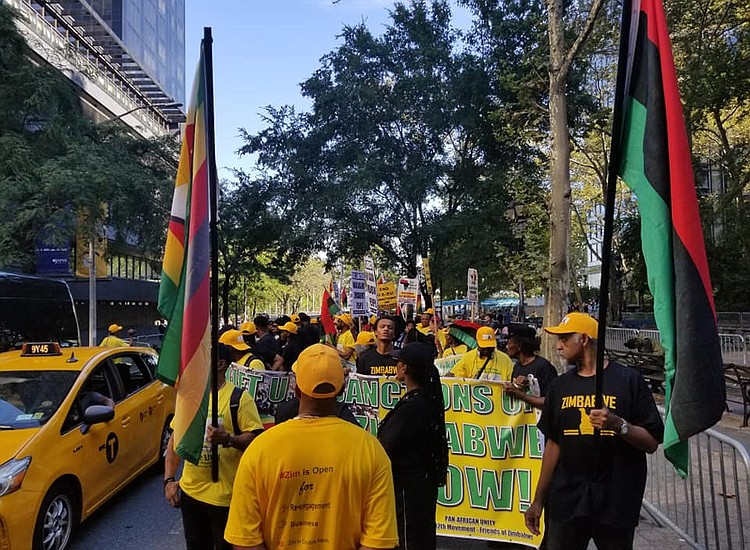 A coalition of human rights/social justice organisations in the United States of America this week confirmed that a rally demanding the lifting of illegal economic sanctions against Zimbabwe will be held on Saturday, 18 September 2021, at the United Nations.

The December 12th Movement organization, in collaboration with a network of other anti-racism groups, faith-based leaders and anti-imperialism coalitions, will hold a street rally demanding that President Joseph Biden immediately assert leadership that results in the lifting of the economic sanctions against the nation of Zimbabwe.

… We will be there to celebrate Zimbabwe’s current successes in agriculture, health care, infrastructure and economic development while enduring 20 years of sanctions.

The rally will include activists, Zimbabwean speakers and advocates both celebrating the African nation and demanding an end to the long-standing sanctions.