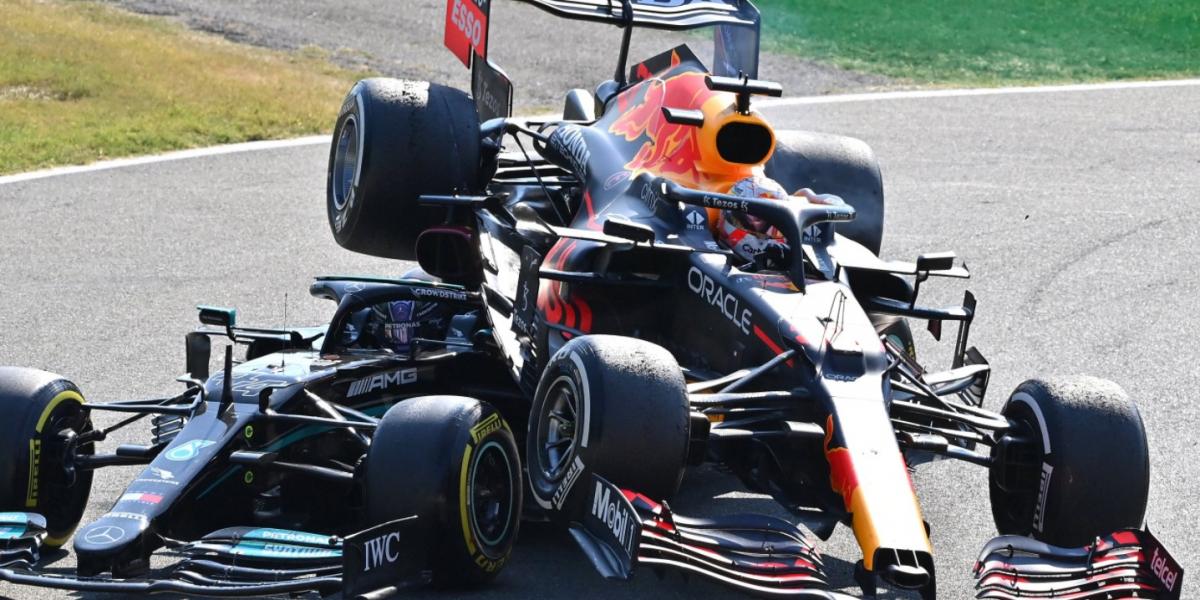 Popular Formula 1 driver, Lewis Hamilton commented on his recent crash in an F1 race describing it as “a big shock”.

Hamilton attributed it to luck that he wasn’t injured after he was hit in the head by Max Verstappen’s car at Monza in Italy.

It’s a big shock. I’ve been racing a long time and we are taking risks out there all the time.

It’s only when you experience something like that that you get that real shock and you look at life and realise how fragile we are.

The crash happened on lap 26 when Verstappen tried to pass Hamilton who was in front. Verstappen’s car went over the kerbs and onto Hamilton’s Mercedes. The two cars then slid off the track with Vertappen’s right rear wheel going over Hamilton’s car and into his head. A cockpit protection device however prevented serious impact.

Immediately after the crash, Verstappen climbed out of his car and left, walking past Hamilton’s Mercedes. This, Hamilton has said, surprised him as he expected the other driver to check if he wasn’t injured.

I did see Max get out and just walk by. I felt that a little bit surprising because ultimately I think when we do have incidents the first thing we want to make sure is the guy that we crashed into, we collide with, is okay.

Verstappen commented back that he had actually looked at Hamilton’s car to see if he was ok:

In the heat of the moment it’s better to walk away so everyone calms down. Lewis was fine, he was still trying to reverse when I was already out of the car. When you are not fine you are not doing that. 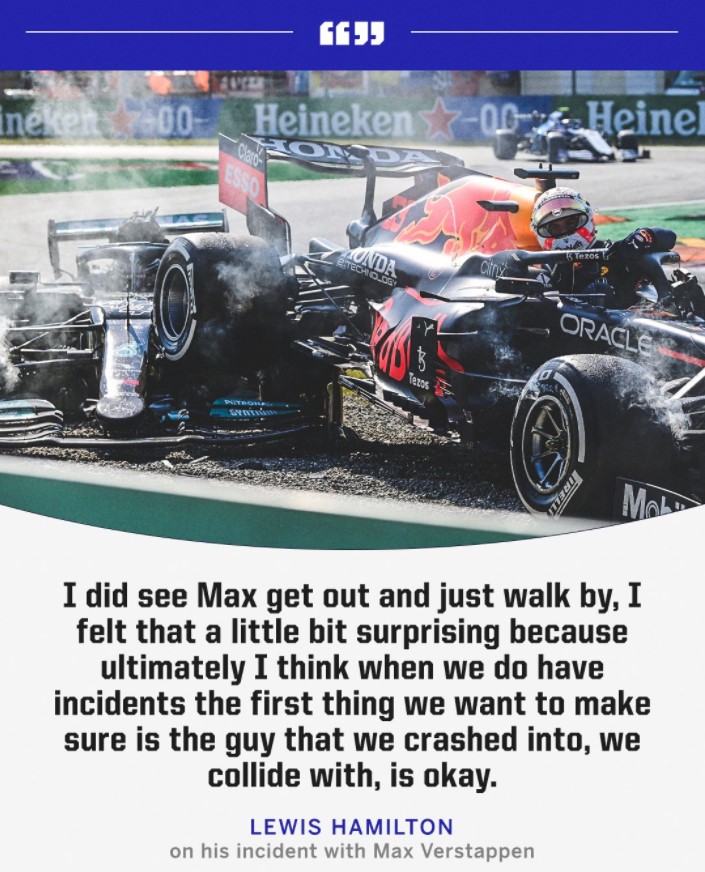 One Comment on ““It’s A Big Shock. You Realise How Fragile We Are.” Lewis Hamilton”

“It’s A Big Shock. You Realise How Fragile We Are.” Lewis Hamilton