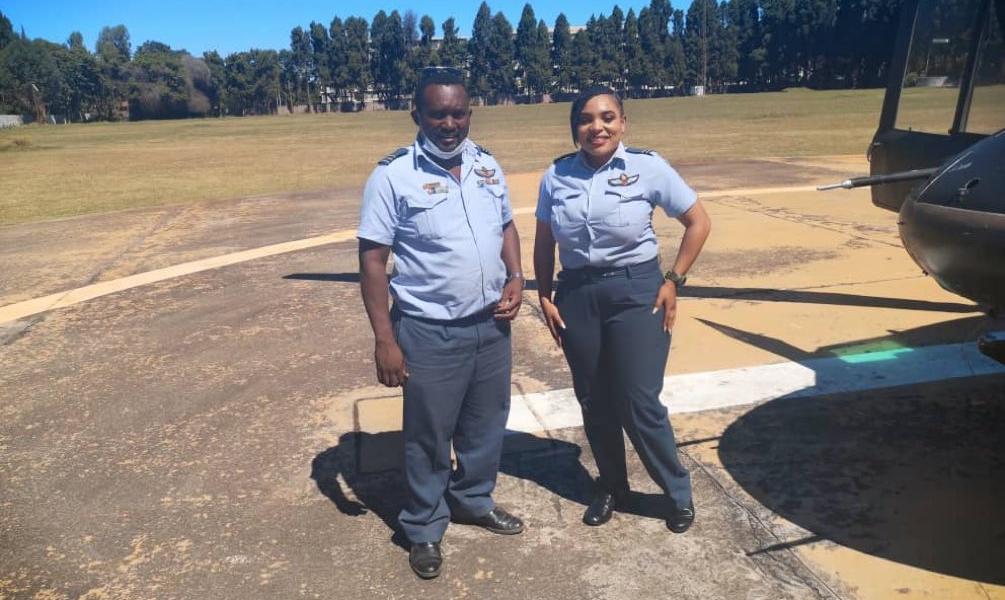 President Emmerson Mnangagwa’s fleet of presidential helicopters was depleted in April when an Air Force of Zimbabwe chopper crashed in Acturus, 30 kilometres east of Harare.

Information gathered by The NewsHawks indicates that the Augusta Bell 412 which crashed in April killing two pilots, a technician and a child on the ground, was on a test flight for presidential use.

A source told The NewsHawks that the helicopter was on a training mission, manned by two pilots and a technician when it disappeared from the radar. Said the source:

The late Wing Commander Thomas Tinashe Manyowa had experience in flying VVIPs such as former President Robert Mugabe and at the time of the accident, he was training Flight Lieutenant Anita Mapiya who had recently been promoted to fly VVIPs.

The chopper crashed on a house in Arcturus, a farming area some 30 km east of the capital Harare. It killed a child and injured another.

Before this crash, Manyowa and Mapiye trended on social media platforms after they flew one of the helicopters that transported senior government officials to the opening ceremony of a new bridge in Mashonaland Central province.

Last month, Mnangagwa’s presidential helicopter was dramatically forced into an emergency landing over 60 kilometres southwest of Harare on a Sunday afternoon due to technical failure.

The chopper, which was flying from Mnangagwa’s Kwekwe farm, landed at a farm owned by a ministry of Finance official.