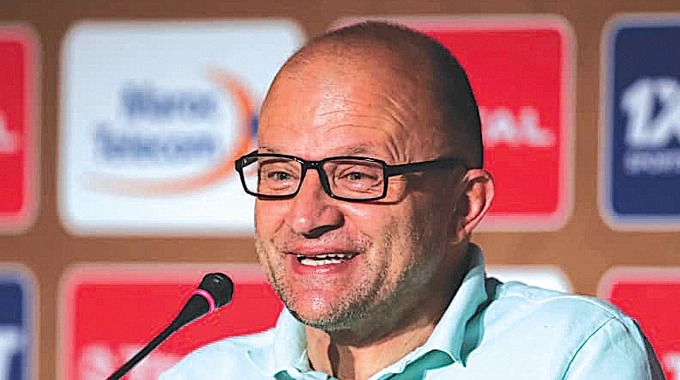 The Zimbabwe National Soccer Supporters Association (ZNSSA) on Thursday said police denied them clearance to demonstrate against the Croat.

Our members approached me and said we should demonstrate against this coach who has proven beyond any reasonable doubt that he cannot take us anywhere.

I said well, it’s a good idea because we cannot continue like this.

This is ridiculous and we wanted to stage the demonstration but we couldn’t get police clearance.

That’s fine given the circumstances, but what we are saying as supporters, and owners of the beautiful game, Loga has failed and he should go.

He has lowered our standards, as a country, he is the worst coach to be in charge of the Warriors.

He said ZIFA has to give the Warriors job to a local coach, with Joey Antipas and legendary goalkeeper Brenna Msiska ideal candidates.

A decision to terminate Loga’s contract and pay him off the remaining six months of his contract will be made by ZIFA either today or tomorrow.

This follows the Warriors’ embarrassing 0-1 loss in a 2022 World Cup qualifier to Ethiopia in Bahir Dar on Tuesday.

Meanwhile, national police spokesperson, Assistant Commissioner Paul Nyathi, said he wasn’t aware of the application as some of those issues are dealt with at the regional level.