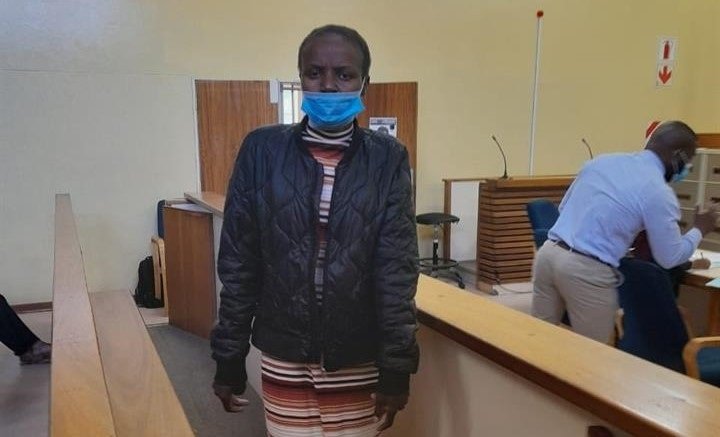 A South African-based Zimbabwean woman who admitted to having killed her husband, confessed to the crime years later because, according to her, his ghost was haunting her and giving her sleepless nights.

Nancy Majonhi reportedly murdered his husband, chopped up his body and threw the pieces in three pit latrines.

According to Nancy’s brother, Andrew Majonhi, when his sister told the entire family what she did and how she could not sleep because her husband’s ghost was haunting her, they thought she has lost her mind.

Previously Majonhi told everyone, and the police, that her husband, Prosper Chipungare, 44, had gone missing in July 2015.

However, in January this year, she confessed to her family back in Zimbabwe that she had killed her husband. Said, Andrew:

She claimed that Chipungare was haunting her and that his ghost was giving her sleepless nights.

She wanted people to know the truth. She wanted the family to know how she killed her husband.

She was battling to sleep for four years. This compelled her to first confess to her children, who are working in Cape Town, in December. Later that month, she travelled to Zimbabwe, where she told our mother about what she did.

She said she killed Chipungare after they argued over money. Nancy claimed that she confronted Chipungare about his misuse of family finances. She became irate and killed him.

She said her husband was forcing her to confess to killing him in order to find peace.

We thought that she was mad because, in 2015, she lied to us, saying her husband was missing.

Her revelation has shocked all of us back home and in South Africa. We then decided that we were going to take her back to South Africa to confess to the police for her wrongdoings.

She thoroughly cleaned the crime scene, then went to the Sun City police station to report Chipungare missing.

She then packed her bags and returned to Zimbabwe.

Nancy could have confessed to the police in January 2021 – but, due to COVID-19 regulations, she could not travel back to South Africa from Zimbabwe.

Nancy who faces a charge of murder appeared at the Mogwase Magistrate’s Court for a bail application on Thursday.

However, her matter was postponed to 21 September.

2 comments on “Zim Woman Says Husband’s ‘Ghost’ Drove Her To Confess To Killing, Cutting Him Into Pieces”

Zim Woman Says Husband’s ‘Ghost’ Drove Her To Confess To Killing, Cutting Him Into Pieces