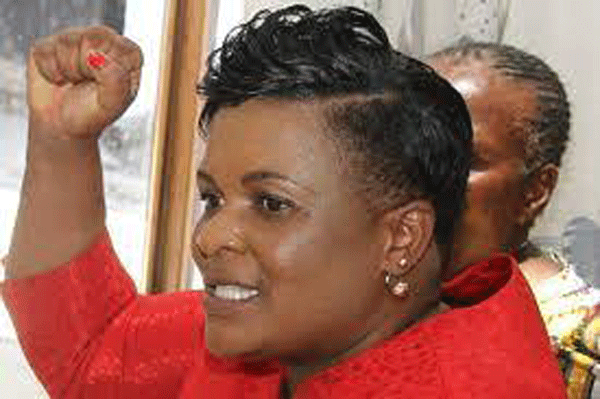 Chido Sanyatwe, the wife to Zimbabwe ambassador to Tanzania and former Presidential Guard commander, Anselem Sanyatwe, is reportedly leading the race to take over as the Manicaland ZANU PF provincial women’s league chairperson.

Sanyatwe, who is Nyanga North MP, is said to have the backing of several districts ahead of the elections expected to be held next month.

She is facing competition from the incumbent, Happiness Nyakuedzwa, who is determined to return her seat despite being dumped by her district, Makoni, last month.

A women’s league provincial member who spoke to NewsDay on condition of anonymity for fear of victimisation said:

Cde Sanyatwe has done a lot for her constituency, she has been helping women with poultry projects, sewing machines among other projects, so people are appreciating what she has been doing and she is being supported by many districts in upcoming provincial elections.

What is interesting in the women’s league elections Cde Nyakuedzwa is not wanted in her own Makoni district; this is an advantage for Sanyatwe. Mutasa district is supporting Sanyatwe.

Sanyatwe was elected into the leadership of Manicaland province and was promoted to the secretary for administration in the women’s league in 2013.

After being elected into Parliament in 2018, Sanyatwe is a member of the portfolio committee on Justice, Legal and Parliamentary Affairs and the Portfolio Committee on Public Accounts.

However, aspiring candidates who are eyeing provincial positions are allegedly holding secret campaigns.