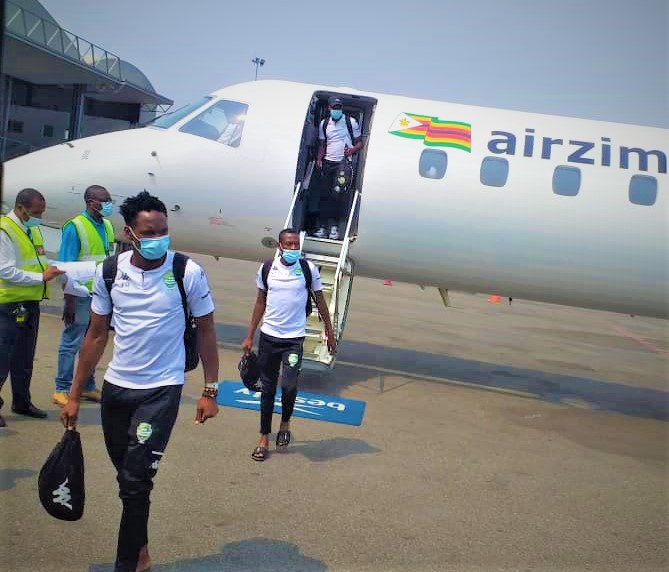 Zimbabwe’s representatives in the CAF Champions League, FC Platinum, have left for Angola this morning to begin their 2021-2022 season campaign.

The platinum miners were in good spirits after all their players and staff tested negative for COVID-19 before departure.

The squad was expected to arrive in Angola later in the day.

The first leg will take place at the Estádio Municipal dos Coqueiros, in Luanda, on Saturday.

The return leg will be played on 18 September at the National Sports Stadium in Harare.

Here is the travelling squad: