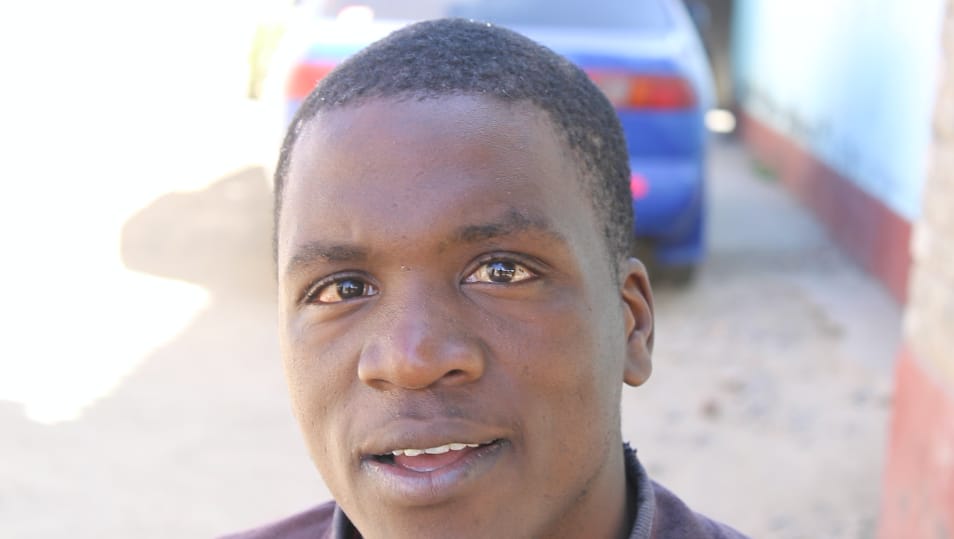 A young man from Masvingo’s Mucheke suburb left residents gobsmacked after he regained his eyesight two years after he became blind following a tragic road accident.

Several people who spoke to Masvingo Mirror said that Talent Mumvuri (20), who is an orphan, recovered his eyesight on Wednesday last week after receiving prayers; water and salt to sprinkle on himself at home from Pastor Chipo Maurunge Sibindi of United Apostolic Faith of God Church.

The publication caught up with Mumvuri at the home of prominent artist and executive director of the Zimbabwe Performing Arts for Schools Trust (ZIMPAST) Comfort Nyandoro in Mucheke on Friday and the jubilant boy could not hide his joy. He thanked the Almighty God for the miracle.

We can confirm that Talent is one of the youth under our skills development project for vulnerable youngsters including those living with disabilities and others living in the streets.

He was referred to us as a visually impaired youth. We had intended to take him to Magaretha Hugo School of the Blind (Copota) for his education but he indicated that he would prefer to pursue his ambition in music than education.

We then referred him to our arts strategic partner for skills development.

Mumvuri told Masvingo Mirror that he had a stupendous miracle as he can now see just as he used to before the accident. He said:

I just can’t believe this. I want to thank Pastor Sibindi who kept on telling me that she wanted to pray for me and that by God’s grace I was going to be healed.

It’s a great miracle. I can now see just like I used to before I went blind after the accident.

Mumvuri said that he lost his sight in 2019 when he was involved in a car accident in Plumtree as he was going to perform in the border town and spent two months in hospital and went blind after that.

A Masvingo optician who declined to be named said this was a rare happening. He said usually eyesight after an accident is restored through an operation that is carried out as soon as possible. Said optician:

There are a lot of complications that come with an injury that can cause visual impairment after some time.

Some of them are traumatic cataracts, macular hole and retinal detachment, cornea scar and all these require surgery for one to get back the lost vision.

Pastor Sibindi who also is a vendor in town said Mumvuri’s plight touched her and she always silently prayed to God that he intervenes. She said:

His plight pained me and I always said to God why can’t you help this boy? I had this strong belief that God would one day give him back his eyesight.

Recently I called and prayed for him. I then gave him some water and salt to sprinkle on himself at home.

Although I really expected something to happen, I couldn’t believe it when he walked into my place and told me that he could see.

To stress his point, he told my daughter who was wearing light clothes on a windy day to get into the house and put on something warm.

Sibindi said she had not performed this kind of feat before and is now inundated by people who want help. She added:

I have never done this before, in fact, it is not me who did this but God. I am receiving many calls from people who also need help.

Mumvuri said after using the water and salt on himself he was told by his younger brother that his eyes were passing out a reddish liquid and they were particularly bright.

Mumvuri then asked to be taken to Sibindi’s place immediately where he delivered the good news to the pastor.