The Human Rights NGO Forum has filed an urgent chamber application at the High Court seeking to stop the police from arresting and fining hitch-hikers the $2 000.

Last week, police cracked on Mshika-Shika and impounded about 20 vehicles while nearly 200 passengers were fined $2 000 each. 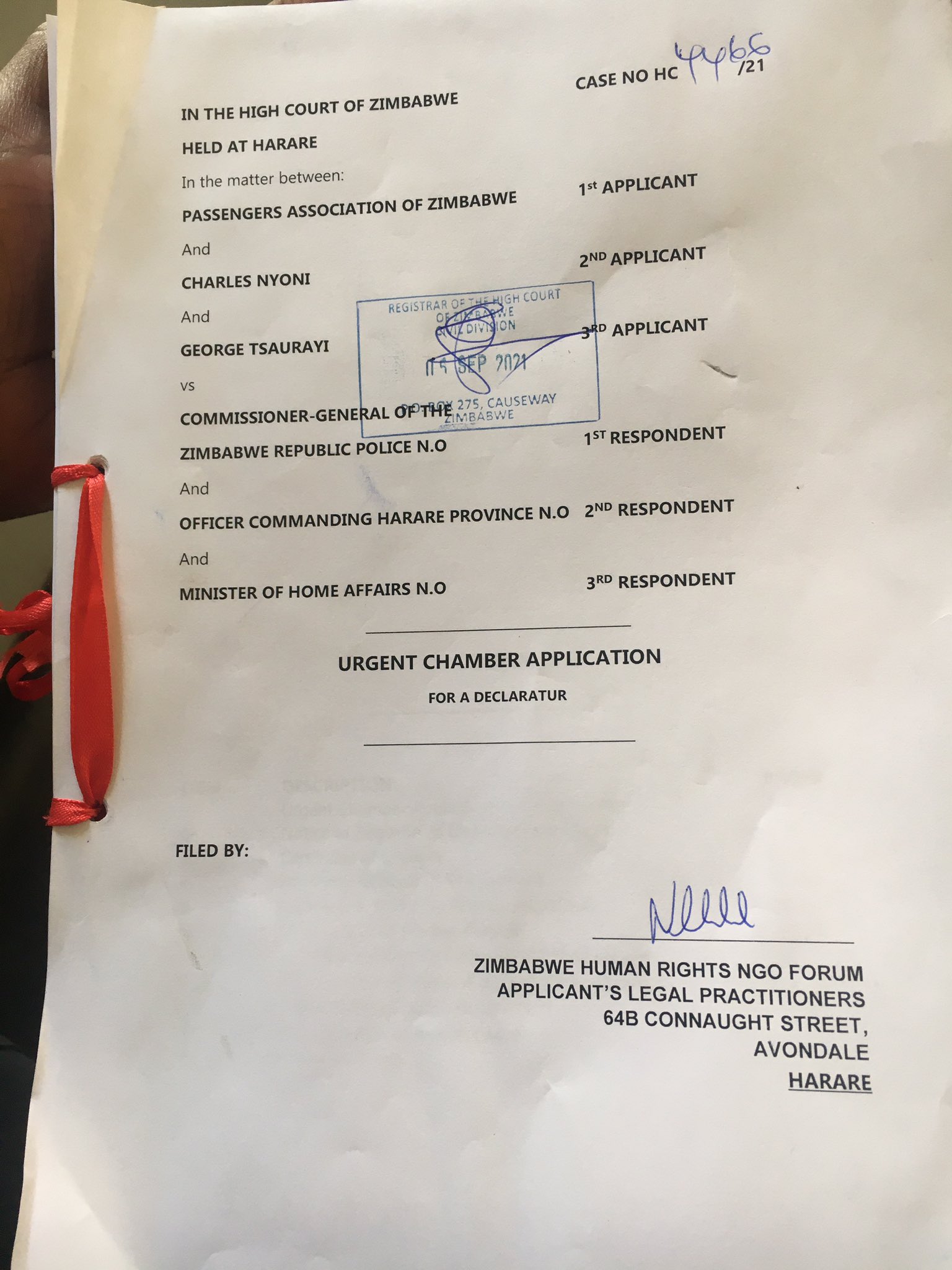 The government last year banned private-owned buses, taxis, and commuter omnibuses (kombis) as a measure to curb the spread and transmission of the coronavirus.

In some instances, the police would chase them resulting in accidents that have claimed many lives.