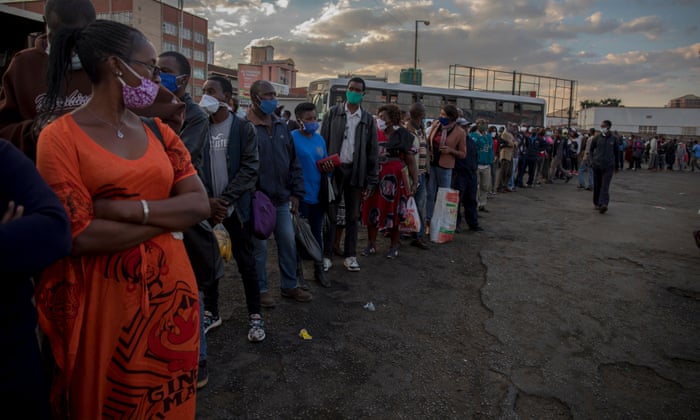 The Zimbabwe United Passenger Company (ZUPCO) on Friday evening apologised to motorists over its failure to provide buses to ferry them to their homes on time.

Social media platforms were yesterday evening awash with pictures of hundreds of people waiting dejectedly for ZUPCO buses and kombis at various terminuses in Harare.

In a statement, ZUPCO claimed to have managed to clear most of its ranks by 7.30 PM and blamed the transport chaos on the removal of the Mushikashika and illegal kombis. ZUPCO said:

Today we witnessed an increase in passengers as Mushikashika was taken off the road.

By 1930hrs we had managed to clear most of the ranks in Harare. We will continue to do better and help eradicate Mushikashika chaos in our cities.

The transport situation has been compounded by the police who are imposing $2 000 fines on passengers who are arrested for boarding vehicles that are not registered with ZUPCO.

The Permanent Secretary in the Ministry of Information, Publicity and Broadcasting Services, Nick Mangwana also apologised to members of the public for the transport blues. He tweeted:

We realise the difficulties faced by the commuting public yesterday as they tried to find their way home. It’s not the intention of Govt to inconvenience the citizenry.

A lasting solution to our urban transport woes is being implemented. We are sorry for the inconvenience experienced.

Meanwhile, MDC Alliance leader Nelson Chamisa castigated the government for creating a ZUPCO monopoly when the company clearly has no capacity to provide convenient transport for members of the public. Said Chamisa:

We said this in May 2021. It has only gotten worse. The illegal ZUPCO monopoly is heartless and evil. Command transport has failed, must fall &end! Zim deserves quality. We will provide efficient world-class urban transport, trams, trains and modern buses.

Renowned author and human rights defender Tsitsi Dangarembga said the government is deliberately inconveniencing people by forcing the ZUPCO monopoly on them. She said:

In my opinion, it is the intention of the government to inconvenience citizens. If it had not been an intention they would not have introduced a system that does precisely that, & imposed this wrong system with state force, thus inconveniencing and disrupting citizens well-being further.