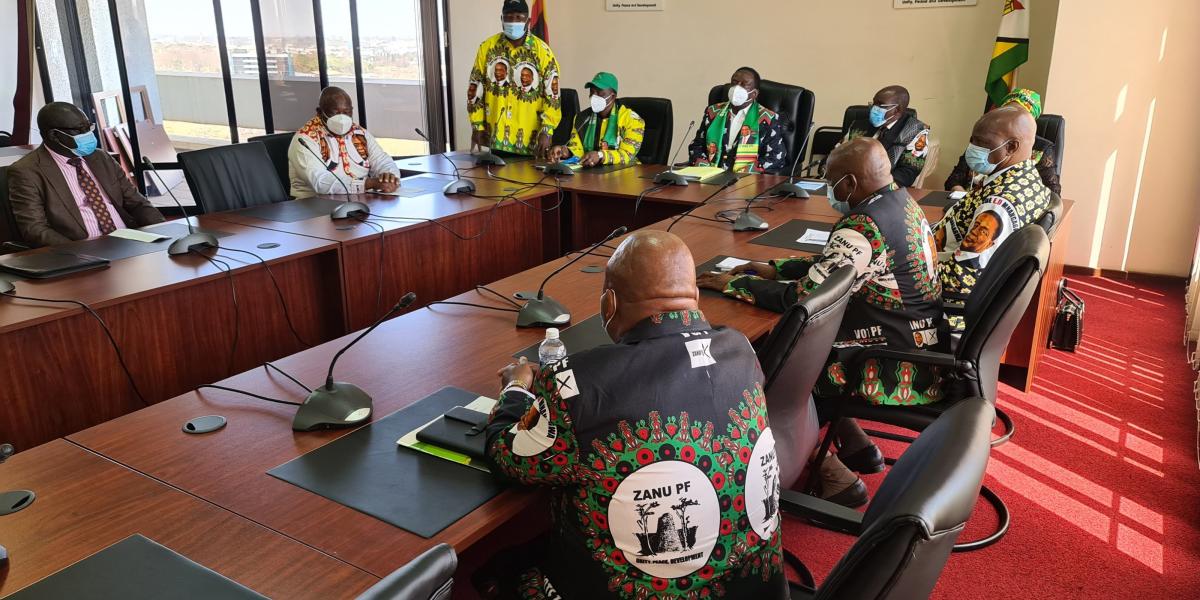 Seven little-known former members of the MDC Alliance led by Nelson Chamisa joined the ruling ZANU PF and were paraded at the party’s headquarters in Harare on Saturday.

Chidhakwa, a former Zengeza West (MDC-T) said they have rejoined ZANU PF of their own volition and promised to work for the development of the country.

Former MDC Alliance National Secretary-General for Veterans Association, Charles Musimuki said that the MDC has split five times in twenty years and that is enough proof that there is no ideology in the party.

He directed that the new members must be integrated into the party and be embraced by all structures.

Posting on Twitter, MDC Alliance vice-chairman and Zengeza West MP, Job Sikhala said the seven “defectors” were booked at Rainbow Towers Hotel by the government at taxpayers expense for the past three days. Said Sikhala:

As we speak ladies and gentlemen 8 former members of the MDC T are at State House to stage a defection to ZANU PF.

These include a former Chitungwiza MP, some former Mayors and Deputy Mayors of Harare, Marondera, Chiredzi and Kadoma plus a Musimiki from Bikita. These are jokes.

These so-called defectors were booked at Rainbow Towers for the past 3 days where they have been drinking & wining. Musimiki is going to be their Spokesperson.

The plan is to have him briefly address the ZANU PF Politburo this afternoon about the reasons for their defection & vilify us.