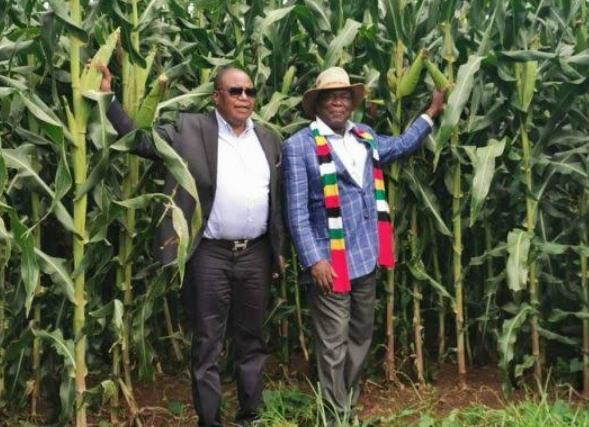 President Emmerson Mnangagwa’s controversial new biography has exposed internecine unresolved leadership battles playing out in the ruling ZANU PF ahead of its elective congress next year.

Mnangagwa and his deputy Constantino Chiwenga are reportedly engaged in a political war of attrition over the spoils of the November 2017 military coup that ousted the late former president Robert Mugabe.

Chiwenga, who engineered the coup and put Mnangagwa in power, thought the President would serve only one term and hand over the reins of power to him in 2023, but that has been publicly rejected, fuelling tensions and hostilities.

The 154-paged biography, which Mnangagwa described as a “brief window” into his life, depicts Chiwenga in a negative light through its narrative.

Cross, Mnangagwa’s biographer and new loyalist, said the President will brook no nonsense from those threatening his hold on power, a warning to Chiwenga, according to The NewsHawks.

The book reveals that Chiwengwa’s appointment as co-deputy, together with Kembo Mohadi (who resigned early this year after a sex scandal), was part of Mnangagwa’s coup-proofing ploy.

Mnangagwa appointed General Philip Valerio Sibanda to succeed Chiwenga as commander of the Zimbabwe Defence Forces. Sibanda, according to the book, is “possibly the best soldier in southern Africa and a man that was deeply respected in the army”. The book says:

Mnangagwa’s actions drew little attention, but what the President was doing was closing the door on any possibility of the military assisted transition (military coup) being repeated.

He needed to know that the security services were led by men in whom he had confidence as professionals.

Differences between Mnangagwa and Chiwenga played out when the latter demanded that a state of emergency – Martial Law – be declared during the 2019 riots which had been triggered by a 150% increase in the price of fuel. The book reads:

When it became known that a state visit to Russia was planned for the week beginning the 14th January 2019, disturbing intelligence was received that disturbances were planned.

The President consulted his security chiefs about the threat and gave instructions about what was to happen in his absence… The acting President retired General Chiwenga, demanded that a state of emergency be declared and that Martial Law be introduced.

This would have effectively meant that the armed forces took over the administration of the state and the commander-in-chief of security services, but General Sibanda refused. He said his orders from the President were very clear.

This suggests a new rift between Chiwenga and Sibanda, who seems to be the President’s man.