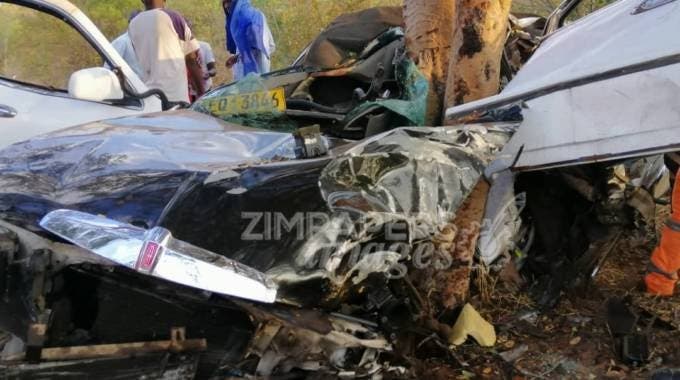 The Zimbabwe Republic Police (ZRP) has released the names of the victims of a road accident that occurred at the 138 km peg along the Bulawayo-Victoria Falls highway on Sunday.

In a statement this Friday, Superintendent R Ncube, The Outpost editor, appealed to members of the public to visit St Luke’s Hospital and assist in the identification of the fourth victim. Said Ncube:

The Zimbabwe Republic Police wish to announce the names of victims of a fatal road traffic accident that occurred at the 138 km peg along Bulawayo-Victoria Falls Road on 02nd September 2021 at around 1130 hrs.

The victims were positively identified by their next of kin as follows:

The Zimbabwe Republic Police is appealing to members of the public with missing relatives to visit St Luke’s Hospital and assist in the identification of the fourth victim, a male adult who died upon admission at the hospital.