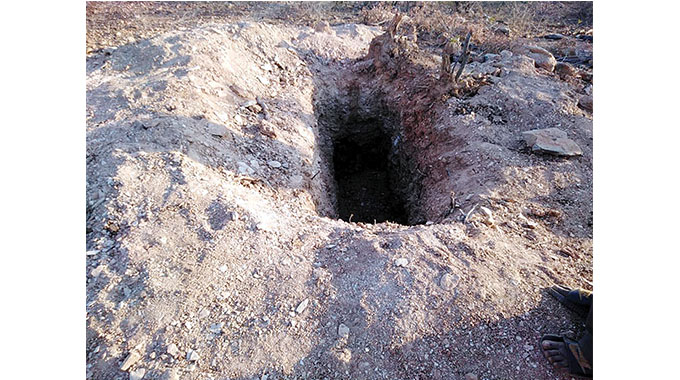 A 32-year-old man from Chikanga in Mutare reportedly sent his father a text message with directions of where his body would be found, shortly before he went missing, The Manica Post reported.

Oliver Gengezha’s body was found in an advanced state of decomposition 21 days after he had been reported missing by his wife, Marita Jackson.

The body was found in Murahwa Mountain by people looking for firewood who alerted the police.

The now-deceased Gengezha resided in Chipinge with his wife and their four children while his father stays in Sakubva, Mutare.

A text message sent from Gengezha’s phone shortly before he went missing to his father read: “BP Service Station, right side of the hill.”

Jackson said when Gengezha’s body was found, his phone had more than 50 missed calls from the search party that was looking for him. She said:

He was a very quiet man who did not have any friends. He did not leave any suicide note and even his bosses at work are equally in shock to what led him to take his own life.

It was better if he had told one of his workmates or family members what was troubling him.

He was laid to rest in Guruve. I was barred from viewing his remains since I am breastfeeding.

Manicaland provincial police spokesperson, Inspector Luxson Chananda said he was yet to get finer details of the matter.

Man Sends Directions To Own Death