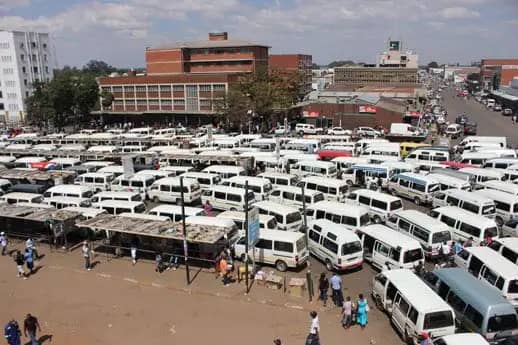 The Harare Residents’ Trust (HRT) said that the Zimbabwe Republic Police (ZRP) is showing insensitivity by imposing fines on commuters who board illegal kombis and mushikashika.

Police recently announced that commuters who board non-ZUPCO vehicles risk fines of $2 000 each, as they step up operations against errant buses, commuter omnibus and private car operators.

In a statement this Friday, HRT said the problem is with the government that maintains a monopoly by an inefficient and ineffective ZUPCO transport system. It said:

All the people being fined are innocent. The Minister of Local Government and Public Works and all those behind the ZUPCO monopoly are the ones who should be held to account for the pain that commuters have to go through daily in order to come to work and return to their homes in the evening.

The Government must not pretend to be trying to enforce the law and order when they are the source of the public transport disorder in Harare and in other towns.

The Government must respect its people and stop pretending to be clueless.

HRT stated that the short-term solution to the public transport crisis in Zimbabwe is to remove the ZUPCO monopoly and allow roadworthy kombis to operate.

The organisation warned that resentment towards the government is increasing by the day and the government will have no one to blame when the people turn their back on them. HRT added:

They are provoking the people daily by making them go through painful experiences as they struggle to leave town and reach their homes. In the mornings, the situation is the same.

2 comments on ““Insensitive” Govt Urged To Bring Back Kombis”