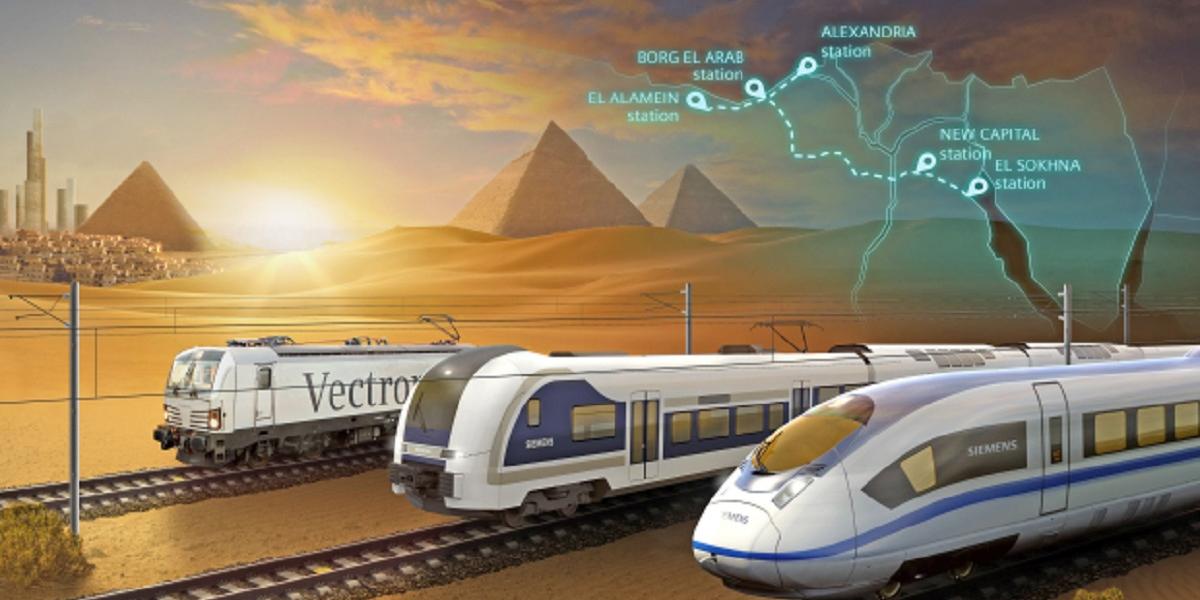 Egypt has signed a $4.5bn contract with German Siemens AG to implement the 660 km electric train network in Egypt connecting Ain Sokhna, on the Red Sea coast, with Matrouh on the Mediterranean coast.

The contract was signed by Siemens Mobility, Orascom Construction, Arab Contractors, and the National Authority for Tunnels (NAT) to design, install, and maintain Egypt’s first high-speed rail system for 15 years.

It was also agreed to discuss and finalise other agreements for two other high-speed railway lines in the coming months, increasing the total distance of this new rail network to 1 800 km.

The two additional lines will connect the Greater Cairo region; from the 6th of October City, along the Nile River, with Aswan and Luxor.

Minister of Transportation, Kamel Al-Wazir said the express train is characterized by a large transport capacity, which reduces traffic congestion and achieves higher safety for passengers and a better impact on the environment.

New electric trains are environmentally friendly and will constitute a major qualitative leap in the field of transportation.

In 2016, Ethiopia and Djibouti launched the first fully electrified cross-border Chinese-built railway line in Africa which links Ethiopia’s capital, Addis Ababa, to the Red Sea port of Djibouti – a stretch of more than 750km.