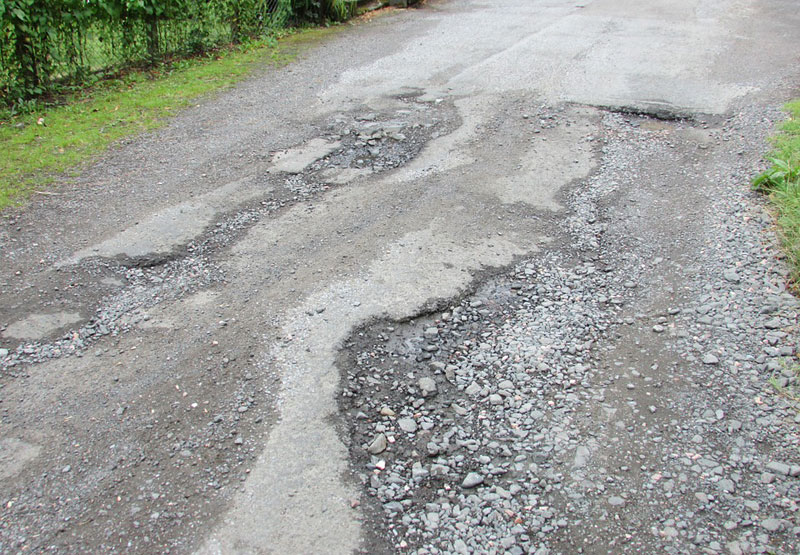 Bulawayo councillors on Wednesday expressed anger at the central government for allegedly awarding road read rehabilitation tenders to individuals or companies from outside Matabeleland.

Speaking during a full council meeting as he opened the debate, deputy mayor Mlandu Ncube said:

We cannot have the whole government coming to do pothole patching, this is very dangerous.

We were doing pothole patching better with our communities. To make matters worse, the same programme brings people from outside Bulawayo under the name of road rehabilitation.

You go around all projects in Bulawayo you find people speaking one language and cannot speak the other language. It’s a sign these are imported companies. Where are the Bulawayo companies to do Bulawayo roads?

We can’t pretend we are doing Bulawayo roads and take money outside Bulawayo. The money that is working in Bulawayo should benefit Bulawayo by creating employment.

The government earlier this year announced the launch of a US$400 million Emergency Road Rehabilitation Programme 2 (ERRP2) targeting major feeder roads into towns and cities.

Bulawayo’s share of the money is Z$625 million (about US$7.2 million) for the rehabilitation of its estimated road network covering 2,460km. The money was not given to the local authority, however. Instead, the Central Mechanical Equipment Department (CMED) has been in charge of the budget.

Emakhandeni councillor Pilate Moyo said a company that was resurfacing Masiyephambili Drive from Emagetsini to Victoria Falls Road in Richmond had abandoned the project before finishing.

Councillors Arnold Batsirai and Silas Chigora urged councillors to put pressure on the government to fully implement devolution to avoid such conflicts accusing the central government of micro-managing local authorities.

Councillor Tawanda Ruzive, the chair of the city’s finance committee, said the project must be stopped so that anomalies are corrected.

Bulawayo mayor Solomon Mguni said the issue was that the central government is a political competitor to urban local authorities adding that as elected representatives of the people of Bulawayo, “accountability rests with us.”

Mguni said the government had diverted its allocation of ZINARA and devolution funds to its own road scheme which the local authority had no control over.

The government says it intervened because local authorities have failed.