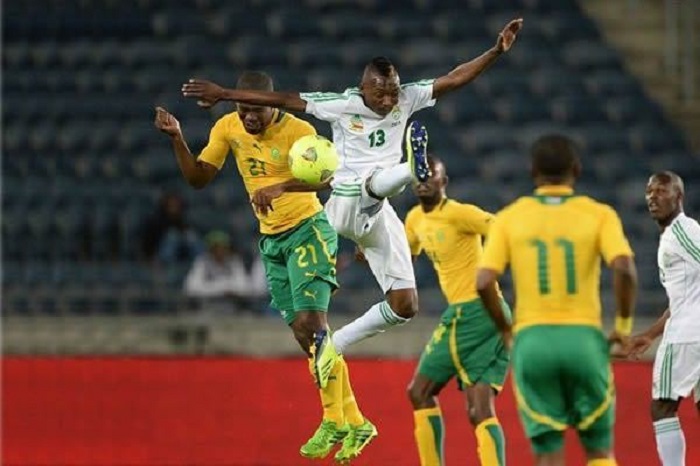 Two South African players who had been drafted into the Bafana Bafana team scheduled to travel to Zimbabwe for the FIFA World Cup Group C qualifier have tested positive for COVID-19.

Bafana Bafana will play the Warriors of Zimbabwe at National Sports Stadium in Harare on Friday, September 3, but they will be without Mamelodi Sundowns striker Thabiso Kutumela and overseas-based defender Thabang Phete.

Unfortunately, we have to report the two COVID cases that we’ve got in camp. Remember we did a round of testing on Wednesday morning and we started getting results from last night. Remember, for a large group like this, it’s impractical to get the results all at once. We started getting the two flagged cases early in the morning. The earliest was Thibang Phete, who immediately isolated and later on, it emerged that Thabiso Kutumela also tested positive.

Of the 40 tests, those are the only two tests that came back positive. So, I can safely say that everybody else has tested negative.

Meanwhile, two Warriors players, Knox Mutizwa and Butholezwe Ncube have also dropped out of the match after testing positive for COVID-19.

Zimbabwe already had suffered another setback after United Kingdom-based players were barred from travelling to the Southern African country which is on the UK list of red zone countries.