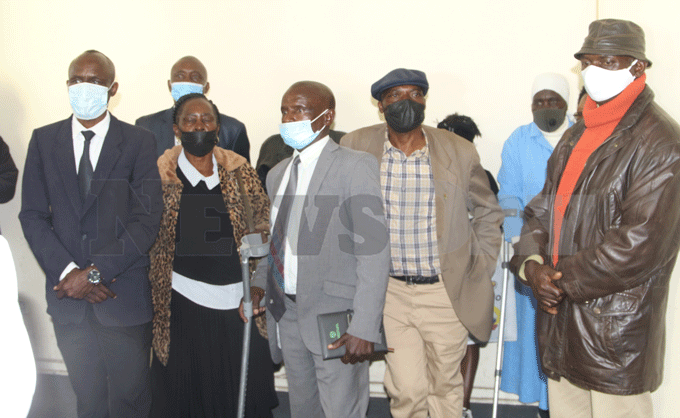 A group of disgruntled war veterans on Monday accused the government of neglecting them, a development that exposes deepening divisions in ZANU PF.

The ex-combatants also accused the ruling party of abusing them to carry out violent terror campaigns on its behalf and then abandoning them after elections.

This follows the arrest of nine war veterans by the police last week for picketing at Finance and Economic Development Mthuli Ncube’s offices in protest over paltry allowances. The nine were later released without a charge.

Addressing reporters in Harare yesterday, chairperson of the War Veterans’ Welfare Pressure Group, Amos Sigauke, accused President Emmerson Mnangagwa of “grandstanding” for reportedly calling for a meeting with the ex-combatants as if he was not aware of the challenges that they are facing. Said Sigauke:

We hear from the media that His Excellency the President wishes to meet us to hear our grievances.

We hope this is not another grandstanding sideshow because we have submitted our grievances to his office many times.

There is nothing new to tell him unless of course, he will be coming to tell us the answers to our grievances.

This grandstanding has to be stopped. They talk of shares in mining and a lot of other projects.

They speak from affluent hotels, yet a war veteran on the ground is suffering.

Sigauke, who was flanked over 20 war veterans, added that it was surprising that Mnangagwa’s so-called new dispensation had offered them nothing.

He also criticised the government for being insincere by establishing an exclusive VVIP hospital at Manyame Air Base for top government and ZANU PF officials while the rest of the medical facilities in the county were in a sorry state.