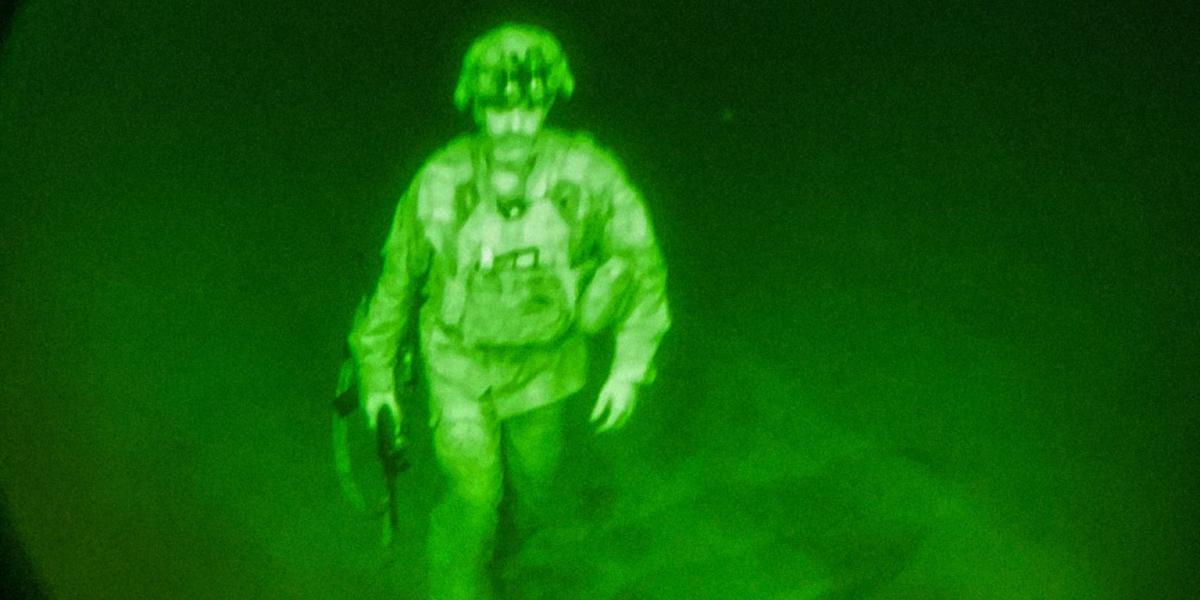 The United States of America (US) has completed its withdrawal from Afghanistan after the last of its planes took off from the Hamid Karzai International Airport.

All its service members have now departed, bringing an end to a 20-year campaign that saw more than 2 400 Americans die as well as tens of thousands of Afghans.

A photo of Major General Chris Donahue, commander of the 82nd Airborne Division, boarding a C-17 cargo plane at Kabul airport was released by the US Department of Defence, as he was the last US service member to leave the country.

General Kenneth F McKenzie, head of US Central Command, earlier announced the “completion of our withdrawal” during a news conference at The Pentagon.

He said the US ambassador to Afghanistan, Ross Wilson, was also on the last flight from Kabul. Said Gen. McKenzie:

The last C-17 lifted off on 30 August at 3.29 pm (EDT) and the last manned aircraft is clearing the airspace above Afghanistan now.

Secretary of State Antony Blinken said the US’s diplomatic mission to the country would operate from Doha, Qatar, for the time being, as America enters a “new chapter” in ties with Afghanistan.